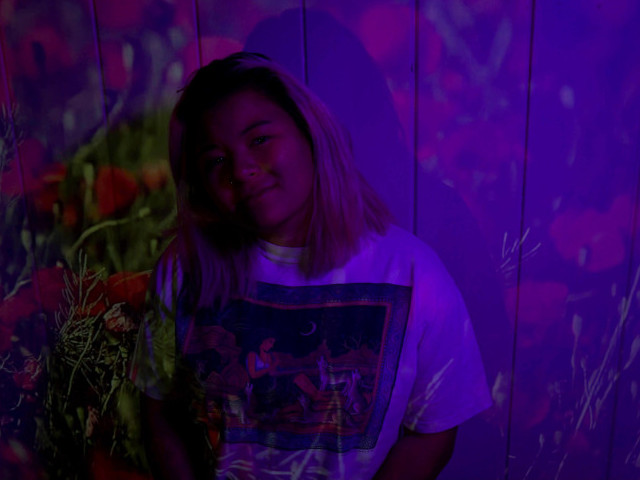 Aibai is a 24-year-old producer from Minneapolis, currently based in Phoenix. Her songs are filled with ambient, cinematic soundscapes that create a daydream-like atmosphere. Having experimented with different genres, her new music explores more of an upbeat electronic dance style, taking inspiration from the likes of Odesza and Polo & Pan, mixing organic instruments with electronic elements to create a unique blend of sounds.

Her latest four-track EP Disconnected, narrates the artist's feelings during the time she wrote it. Noticing a disconnection from reality, she immersed her emotions into her music, creating a release which allows listeners to escape from real life, delivering an immersive experience and transporting them into an ambient dream-like state.

Leading single "Higher" sees the artist playing with samples she recorded of her roommates and pets. She shares, "It was super fun including everyone on this song! And I had a fun time taking their voices, meows, and barks and turning them into a cool new sound that could add to the song."

All-encompassing echoing synths, playful melodies and dance-worthy beats create an intoxicating aura, letting your mind float away and forget about your worries. Ethereal, hypnotic and transcending, Aibai has constructed her own world with Disconnected, and it's one where you'll never want to leave.

Aibai has garnered hundreds of thousands of streams for her music, as well as features on prestigious publications such as The Line of Best Fit, Earmilk, EDM.com, Live Nation's Ones to Watch and Rolling Stone.