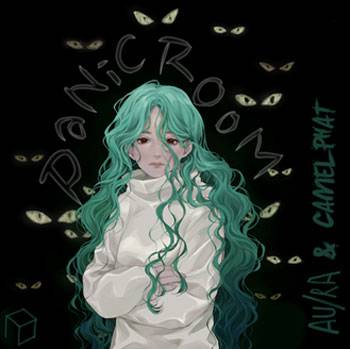 With the release of her new track and visual, rising star AU/RA collaborates with Camelphat on an epic remix for -Panic Room' which is out now via Sony Music Entertainment Australia. Stream or buy Panic Room Remix  HERE.

During a recent studio session, British DJ & production duo Camelphat decided to take the captivating original version to Panic Room and applied their signature sound, adding another dimension to the unique world of AU/RA. Incredibly, the Camelphat remix of -Panic Room' has already enjoyed local airplay on the triple j airwaves, whilst the track in the UK has also received impressive support with spins on BBC Radio 1.

To accompany the release, AU/RA and Camelphat have released a remix video for Panic Room Remix. The visual which is set within the walls of a hospital, builds on a series of unsettling themes in a true cinematic fashion. Images of blood, death and flashing lights are accompanied by the significant, omnipresent feeling of fear. AU/RA, along with director Granz Herman, has managed to perfectly capture the sense of entrapment and prevailing anxiety which the song lyrics touch upon. The video and song showcase AU/RA's incredible ability to evoke emotion and tell stories through music. Watch the video HERE.

"Panic Room is probably the darkest song I've written. It's about something I don't feel like a lot of songs talk about, which is anxiety. Panic room, to it's very core, is about battling self-doubt and fear, and how sometimes you can be your biggest enemy. The word panic room ties into the song by saying that when fear consumes you, it automatically puts you into that panicked head space. You think you're safe in the panic room, but really you're avoiding the issue and lying to yourself, when you really should be dealing with the problem." speaks AU/RA.

You can listen to a recently released acoustic rendition of her last single Outsiders HERE! Also named by Vevo as one of their dscvr: Artists to watch for 2018, AU/RA performed a beautiful live performance of -Outsiders', watch HERE! Her voice and presence capture you at first glance, and it's instantly clear how powerful she is as a live performer. AU/RA recently supported Lewis Capaldi on his European Tour.

A uniquely nomadic teenager, AU/RA is a frequent visitor to L.A., she speaks and sings with the lilting accent of someone who lives there, and yet, in reality, English is her third language. Born in Ibiza, she initially spoke Catalan, as well as German. It's partly this rich linguistic and cultural background that gives her the ability, at just 15, to write glistening alternative pop songs that can speak to anyone. Wildly talented, with an eye for detail, AU/RA'S career has started phenomenally well with over 18 million accumulative streams of her debut single Concrete Jungle, along with key support from media like The Line Of Best Fit, Wonderland, NME, Popjustice and more.

Concrete Jungle, her propulsive debut release in 2016 was a true statement. "That song was my perspective of coming to a big city for the first time", AU/RA remembers. "Seeing that there are so many different kinds of people living there, and that you need to figure out of who really has your best interests at heart". More generally, it's a critique of the consumerism and materialistic obsession of city life. AU/RA's story unfolds itself through the song in cinematic vignettes: her lyrics burst to life with images like abandoned retail emporiums. And Amazon Prime the new world power. In her songs, interwoven with this, AU/RA naturally manages to give a voice to people's differences being ok. The anthemic Kicks pounds along on sparse insistent percussion as she sings What's dust to you is gold to me, we're just different books to read.

In most of AU/RA's deeply visual, evocative lyrics is a sense of escapism, influenced by her fandom of anime and fantasy. Growing up devouring Studio Ghibli films, she's always loved to disappear into the soft-edged, uncanny world of Miyazaki animations, and uses similar designs to flesh out the visual world of her music. "I see my music in my head as anime" she says. "The world of those movies, they're so different, and the characters have so many random traits that make them weird in a unique way".

With her lovingly made outsider-pop, AU/RA is providing a similar kind of space in her song writing: one where misfits feel at home and where the listener gets to peer for a minute through the lens of an artist who has simultaneously grown up outside the system but who speaks with the zeitgeist of her generation.

CamelPhat released their track Cola back end of last year which is now certified Gold in Australia, Belgium and also the in the UK. They have garnered an impressive 60 millions streams worldwide, with 5.5 engaged listeners across Spotify.