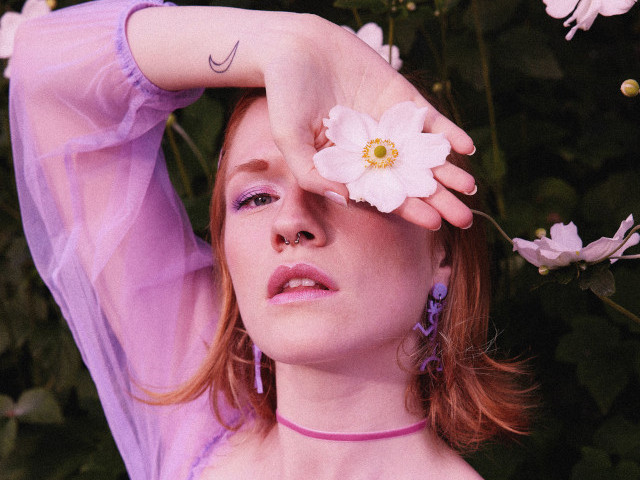 Driven by a delicately dark and spellbinding approach to songwriting, Melbourne-based newcomer Witching Hour is unleashing her fierce new alt-pop gem, 'Hell Hath No Fury Like' to the world.

Toeing the line between alt-pop, punk, and dark electro pop, Witching Hour's 'Hell Hath No Fury Like' is a celebration of her experiences with self-reclamation and empowerment.

"This song embodies glorious self-reclamation," Witching Hour explains. "It's about firing back at an ex who is quietly raging at the liberated choices you've made after ending the relationship. It celebrates blossoming into a state of empowered ferocity, while they sulk and seethe that you've moved on in a way they don't approve of."

"I wrote this song shortly after ending a toxic relationship with a boy who, when I re-partnered, stirred up trouble in my life without ever having the courage to express his feelings directly to me. This song was my way of addressing the situation with delicious sass."

The new single was recorded with, produced, and mixed by ENTENTE, the production duo composed of Ezekiel Fenn and Michael Best, who also perform alongside Witching Hour as part of her live band. Mastering duties were handled by Patrick Cummings in collaboration with Witching Hour.


Question: Can you tell us about Hell Hath No Fury Like?

Witching Hour: Hell Hath No Fury Like embodies glorious self-reclamation. It's about firing back at an ex who is quietly raging at the liberated choices you've made after ending the relationship. It celebrates blossoming into a state of empowered ferocity, while they sulk and seethe that you've moved on in a way they don't approve of. I wrote this song shortly after ending a toxic relationship with a boy who, when I re-partnered, stirred up trouble in my life without ever having the courage to express his feelings directly to me. This song was my way of addressing the situation with delicious sass.

Witching Hour: I think the main message I imbue into my music is one of empowerment, and re-discovery of self. I hope people hear my music and go on to identify areas in their own lives where they can liberate themselves and reclaim their authentic selfhood.

Witching Hour: I have a song coming out in the next couple of months from my EP called Queen of Wands - that'd have to be my current favourite because it's high tempo and high energy, and so it's really great to just let loose to on stage. The band and I often play it at the end of the set, and it's just super fun to rock out to, it's basically just a mega cathartic release!

Witching Hour: When writing I'm most motivated by how it'll feel to play it live, and often I get really obsessive about minor production details so I tend to really lean into how certain parts will sound sonically when I'm writing and get really driven by that. 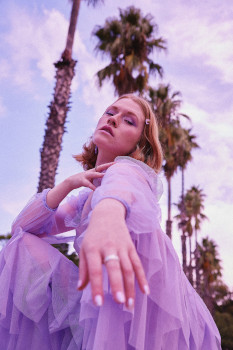 Witching Hour: I'd always wanted to be the front person in a band, and Witching Hour started off as yet another attempt to curate that dream. In late 2018/early 2019 I began trying to put together a line-up for the project but just couldn't get the right fit happening. I wound up writing songs with my dear friend Tim for a little while, but after a few months he was super busy with his other projects and it was becoming clear that this music baby really was my vision and that perhaps it was always meant to be a solo project. I then wrote more songs with that notion in mind, started releasing my first singles, and then met my mates Zeke and Michael who I now work with on production, and who also form my live band. It's been a bit of a winding road but after years of always hunting for the right band I feel like everything has finally fallen into place!

Witching Hour: I've known I wanted to be a singer for basically my whole life - I started writing songs when I was 5 or 6, so it's really always been an innate thing. Paramore was the real catalyst though for turning that childhood dream into an actionable, real life goal. I discovered Hayley and Paramore when I was 12 and something about the band, her voice, their look, their everything, just lit an untameable fire deep in my belly that I haven't been able to put out since. That band is my number one inspiration, and Hayley is definitely my idol.

Witching Hour: In general I started performing when I began ballet training at age 3! As Witching Hour, my first live show was actually super recent, having started the project just prior to Covid. I supported the wonderful Sully at Stay Gold in Melbourne in early April, and that was Witching Hour's live debut. It felt so so damn good to finally get live shows going after the truly cursed 2020!

Witching Hour: I'd love to work with Peach PRC one day. I discovered her late last year and fell in love! We have super similar aesthetics and we both released a song called Colourblind! I think that'd be a dreamy collab.

Witching Hour: I definitely had (and still often have) the idea in my head of a super male-heavy industry, with gruelling shows and tours, a bit of an unstable lifestyle, all that jazz. A lot of that is true I think, but I feel like if you find the right people to work with and remind yourself you can set your own terms, then it's easier to maintain a bit more of a life balance. That being said though it's early days for me, so we'll see how that works out haha!

Witching Hour: I'd say both the intense personal growth, and the people I've met and forged connections with. I'm quite an obsessive person and like to be in control of things that I do, and so watching the growth unfold as I've become Witching Hour that is just so far beyond my control has been super illuminating and grounding. I've also met some beautiful people along the way so far that I would never have met if I'd stayed in my shell and hadn't pushed myself out of my comfort zone.

Witching Hour: Pretty chaotic haha! I'm very routine-based and need a lot of structure, but there's a lot to juggle so most days are a bit of a whirlwind. Between being a self-managed artist going full steam ahead with my music career, to doing a Master's degree, to working a full-time load as a freelance designer, to running some online stores on the side, things get pretty intense! On a typical day I wake up and do my morning routine (take meds, shower, have two glasses of water and something that resembles breakfast, and fill out my bullet journal), try and fit in some self care (a guided meditation or yoga, a walk, etc), and then just try and hyperfocus and power through whatever my day has in store, which could be a studio session, rehearsal, photoshoot, building a website for a client, writing an essay, writing songs, doing my behind the scenes artist admin, etc. Usually I'm switching modes quite a few times within a day between all my commitments, so by the end of the day I'm usually a bit scattered and my partner and I will then veg on the couch either in front of Netflix or playing Switch. Then I start all over again the next day!

Witching Hour: After this single release for Hell Hath No Fury Like, I've got another single dropping in about a month, then an EP shortly after that. Once that release campaign is all wrapped up I'll be sitting down to start work on my debut album, which I'm super excited for. The tracks on the EP are a collection of songs that I've written over a fair few years, so I'm really excited to sit down and start something totally fresh.