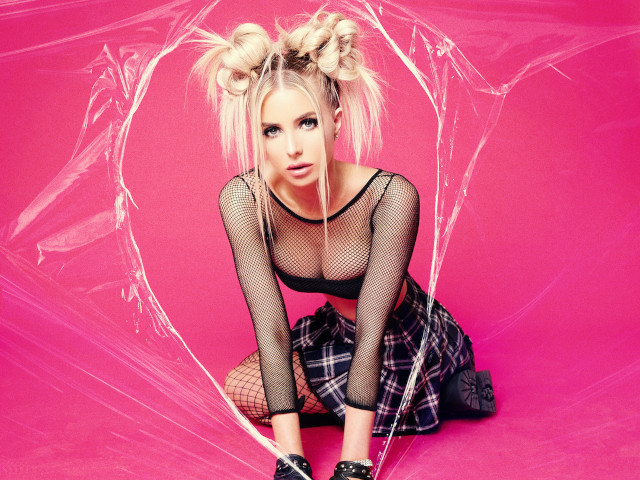 Ceara Cavalieri is a 26 year old singer/songwriter from Southern California. Having graduated from UCLA with a degree in Psychology, Cavalieri has since dedicated herself to pursuing music full time. Her love for music stems from the age of three, where she found her voice and wouldn't stop singing. In her teenage years she took to songwriting as a way of expressing her thoughts and feelings when her shyness prevented. With 6 single releases under her belt thus far, Cavalieri is carving out her own distinct sound of incredibly infectious and candidly relatable pop rock music. Her latest single, "Damn" was placed on Spotify's "Teen Beats" playlist and "Fresh Finds" playlist. Ceara also recently collaborated with DJ/Producer EQRIC on two dance singles which were placed on Spotify's "Dance Brandneu" playlist.

On the release "Used", Ceara confides, "I wrote this song about being in a relationship that began to feel one-sided. It's the worst feeling when someone begins to act like they don't care about you anymore or are just "using" you. In the song, there's this back and forth inner struggle between staying in this relationship where you are being treated badly or leaving because you're sick of feeling "Used". It's easy to make excuses for their behavior at first, especially if you really care about them, but no one deserves to be in any type of relationship or friendship where they are feeling that way, and I hope people can connect to this song like I do."

Ceara Cavalieri has received acclaim from the likes of LADYGUNN, Earmilk, Wonderland and more. Her music has been added to popular Spotify playlists Fresh Finds and Teen Beats.