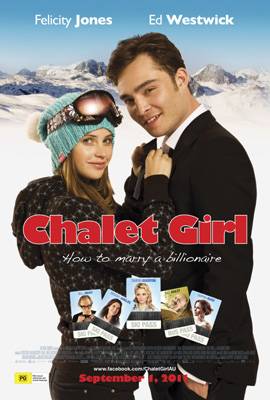 Synopsis: Pretty tomboy Kim Matthews, 19, used to be a champion skateboarder but now she's stuck in a dead end job trying to support her Dad. Opportunity comes knocking in the form of a catering job in the one of the most exclusive chalets in the Alps.

At first, Kim's baffled by this bizarre new world of posh people, champagne and skiing - but then she discovers snowboarding, and the chance to win some much needed prize money at the big end of season competition.