Charlie Mitchell Even After 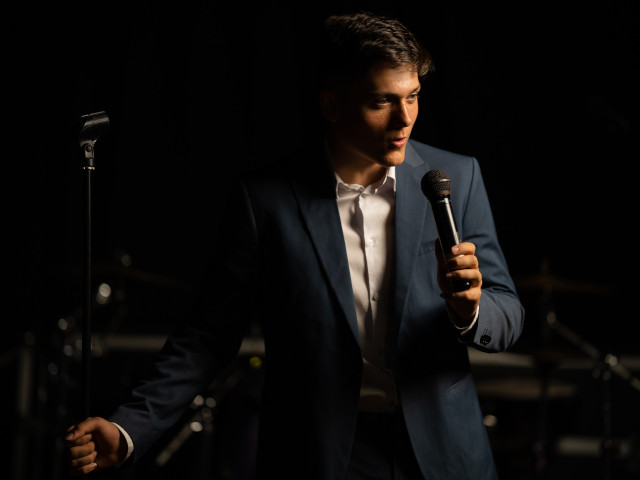 It has only taken a couple of years for 16-year-old Australian music artist Charlie Mitchell to go from busking on the streets of Carrara (Queensland) to working with one of the most illustrious music producers in the world, Narada Michael Walden.

Walden has worked with some of the biggest names in the history of popular music, including Ray Charles, Barbara Streisand, Aretha Franklin, George Michael, Whitney Houston, Elton John, Diana Ross, Mariah Carey, and Santana, to name but a few. The result of their collaboration is Charlie's new release, Even After, written by Brian Evans, the Las Vegas crooner who facilitated Charlie's involvement with Narada Michael Walden.

Even After is a song whose melodic strengths are matched by Charlie's undeniable vocal prowess, a naturally gifted vocalist with a sense of timing and finesse that belies his age. Featuring finely orchestrated elements, a stirring lyric, and poignant emotional dynamics, Even After is an across-the-board radio smash, utilising contemporary romanticism, subtle, elegant production, and a universal message. Charlie Mitchell's new track is sure to attract widespread airplay and countless streams, ushering in the career of this distinctive Australian vocalist. As Narada Michael Walden says, 'Charlie Mitchell is a superstar in the making.'