Guthrie Best You Ever Had 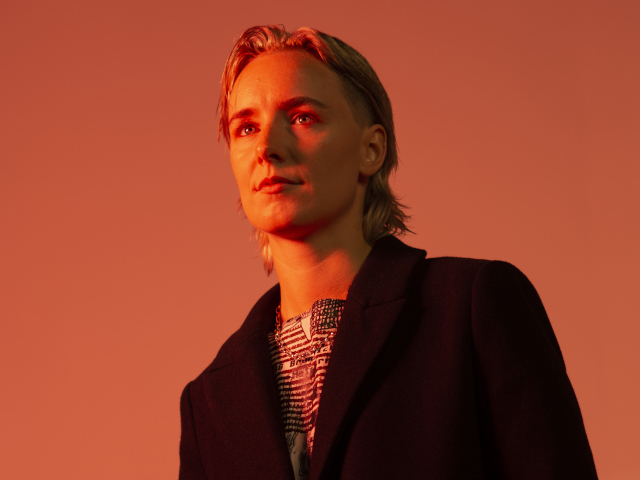 Melbourne's folktronica connoisseur GUTHRIE (they/them) has announced their new single Best You Ever Had, a swirling storm of emotion and weight, out now. The track, co-produced with Australian songwriter Sophie Payten (Gordi), precedes the release of GUTHRIE's debut EP INCUBATOR, set to drop on July 8. GUTHRIE's last single Dickhead Song was met with high praise from triple j, Frankie Magazine and more, and was added to rotation on Unearthed radio.

Best You Ever Had is a significant and courageous step forward for GUTHRIE and their sound. Mature, complete and idiosyncratic, the song evokes influences such as Bon Iver and Phoebe Bridgers and combines industrial, metallic percussive hits with gentle, woozy synths, resulting in an explosive, textural, luxurious bed of sound. Speaking on the inspiration behind the song, GUTHRIE says, ""Best You Ever Had really is a sort of painful celebration of new love and its vulnerability. For me, every time I've fallen in love has changed who I am, and changed the way I look at things. So the song also says things don't have to work out in order for them to be meaningful."

INCUBATOR is a warm, confident offering from this fully-formed artist. Within the impressive four songs GUTHRIE's voice remains a steady constant, breathy, deep and powerful, flexing across their range with confidence and ease. The production is surprising and innovative, as is the tracklist – a cover of Kings of Leon's global hit Use Somebody hits with as much emotional weight as any of the other tracks on the record. Reflecting on the conception of INCUBATOR, GUTHRIE enthuses, "Some of these songs I had written before the pandemic, some I re-wrote during it, but every track very much grew up under lockdown. INCUBATOR was a word for me that described how all the time alone, in isolation, and reflecting, caused an incubation of my identity that I don't think would have happened otherwise."

Described by triple j as holding 'poise and drama in equal measure,' GUTHRIE explores elements of opposing genres in their music – the acoustic warmth of folk, and the clinical chaos of electronica and hyperpop. GUTHRIE is set to perform the songs of INCUBATOR live at Leadbeater Hotel on August 26 to celebrate the release.