LIFE IS PURE ?HEAVEN? FOR BIEL.

Looking nothing short of elegant, the beautiful Jessica Biel has come a long way since departing TV?s long-running 7th Heaven, which launched her career a decade ago. Since her departure, Biel has done her fair share of action roles in the likes of Stealth, Blade, and Cellular, which is why she was more than happy to wear corsets and gowns for her latest film, The Illusionist. "That was one of the major plusses for me. I'd never done anything like that and no one has ever thought I could do that. It's been frustrating to break out of a tough, kind of action image that I've had for a while, so that was the whole idea-to do something extraordinarily different, a totally character-driven, story-driven piece in a different time period, with costumes, and really getting to embody a different person," the glowing actress explains in a Beverly Hills hotel room. A very modern looking and alluring young lady, the 24-year old actress convinced the film?s producers that she could do the role, in a somewhat unique way. "I showed up at my last audition, which I did with Edward, in full costume. I figured this is my one opportunity and I gotta go all the way. They might laugh but they might love it." Their reaction was initial bemusement and shock, she recalls laughingly, and she that it was going to go so wrong. "But Michael [London, producer] looked at me and said: Oh my God, now we have one outfit out of the way and just put me at ease immediately. If he hadn't said that I think I might have botched my audition." 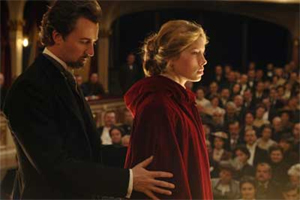 Based on a short story, The Illusionist is set in early 20th century Vienna, where a stage magician [Edward Norton] uses his magic to win back the great love of his life [Biel]e from a brutal enemy, her fiance, who also happens to be the powerful crowned prince of Austria. On their heels is an obsessive and pragmatic detective [Paul Giamatti]. Shot on location in Prague, Biel says that it was the first time working in Europe and took advantage of this most ancient of eastern European cities. "I loved it. It was just amazing with just so much history and the architecture was so beautiful. The people were cool and I sat at cafes drinking cappuccinos while reading Kafka," says Biel, smilingly. However, she stopped short of taking too much advantage of Prague?s frenetic nightlife. "I?m not a huge party animal so I ended up just going and having great meals and drinking wine." With the film focusing on magic and love, Biel said she believed in magic but not necessarily love at first sight. "I have not experienced that but I believe it has to be possible because that happened to my parents," she recalls. 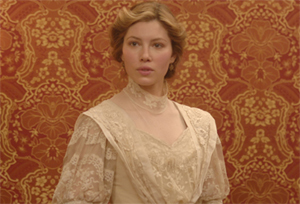 While love at first sight may have eluded her, one can?t say the same for her career that has gone from strength to strength following 7th Heaven. Biel will soon be seen in a big Hollywood film, Next, starring opposite heavyweights Nicolas Cage and Julianne Moore. "Nic plays this man who has precognitive abilities, who can see two minutes into his own future, and people around him. He gets involved with the FBI who is after him with Julianne as one of the FBI agents. They want to use him as kind of a guinea pig to try to get his power, his ability to mature so he can help them save LA in the light of a possible terrorist attack. I play a schoolteacher, who gets wrapped up in this crazy world because Nic keeps seeing the face of this person and whenever he does, he can see further into the future." Biel says that in such a competitive industry, she remains constantly surprised as to how her career is going. "Part of me is a little surprised at how awesome it's been going. But I've been working really hard for 10 years now, trying to do the best work I can and trying to make interesting choices. I know I've had some part in getting to where I am at this point but the competition is unbelievable. It's so hard and there are so many talented women." The actress further concedes that she still becomes disillusioned. "You?re going for something and someone else is getting it because they're more popular than you happen to be, yet you might have done just a great an audition, or better. But you have to let it roll off your back and say, it's your loss." 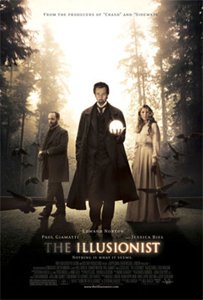 Biel has also made a conscious decision to avoid the glaring eyes of paparazzi and the tabloids, doing what she can to keep her personal life off the front pages. "I do make a conscious effort to do that but also I'm naturally not that person. I don't live in Hollywood so I don't go out in Hollywood that often. I live on the West side, having barbecues with my friends, hanging out with my dog and going to the little crappy bar around the corner and that?s where I spend my time. I'm conscious of the fact that if I choose to go to a Hollywood club, I know what I'm getting into, and I know who's going to be there, so I'm going to conduct myself in a manner that I will be proud of when I walk out of there, completely good, not behind the driving wheel and not stumbling down the street. Those are fun clubs to go to sometimes, but I'm not going to not go if my friends want to go. Still, I just prefer hanging out on the west side, in a local bar having a fish taco or something," she adds, laughingly.

As for more of 7th Heaven, though she appeared in what was to be the series finale this year, don?t expect her to return to the show that started it all, any time soon. "I think they?ve asked me to come back, but at this point I?m just interested in other things."