Grab your director's chair, pull out you guitar and wave your magic wand because everyone's favourite Disney Channel stars are back when Season 1 Volume 2 of Jonas, Sonny with a Chance and Wizards of Waverly Place are available on Disney DVD 2nd June, 2010. 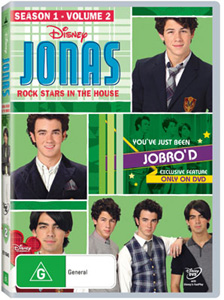 Nick, Joe and Kevin Jonas are ready to rock your world for the second time around, when Season 1 Volume 2 of Jonas is released to Disney DVD! The all-new Jonas: Season 1, Volume 2 DVD contains a not-to-be-missed celebrity appearance by Jordin Sparks and watch her get pranked by the bothers in the excusive bonus feature, You've Just Been Bro'd.

These platinum album selling brothers are in for more crazy adventures as they juggle their double lives as regular teens and the world's hottest rock stars. Follow them for more fun and hilarious mishaps as they switch between the class room and the stage- from singing songs and falling in love, to playing practical jokes on each other, these brothers will keep you entertained as they try to keep out of trouble!

Jonas: Season 1, Volume 2 is the must-have addition to every Jo Bro fan's collection. 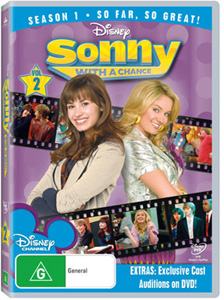 Sonny with a Chance: Season 1, Volume 2

Demi Lovato, star of Camp Rock, is Sonny Monroe, the small town girl plucked from obscurity to become a Hollywood star! In Sonny with a Chance: Season 1, Volume 2, join Sonny as she continues to live out every teenage girl's dream by being a regular cast member of the hit teen sketch show So Random. Follow Sonny and the gang as they entertain audiences with their quick wit and crazy antics, while competing against their rival TV show, Mackenzie Falls. 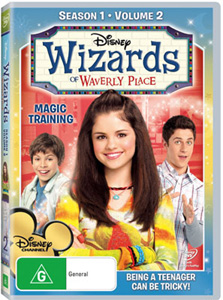 Selena Gomez stars as your favourite teen wizard Alex Russo in Wizards of Waverly Place: Season 1, Volume 2! Alex is a regular teenage girl living with her parents and bothers in New York. There's just one small exception to their 'normal' life- they are a family of wizards with magical powers! Watch Alex and the rest of the Russo family as they try to balance their ordinary lives with their extraordinary powers, often leading to sticky situations with hilarious consequences!