One Direction's Four Debuts at Number 1 On ARIA Album Chart 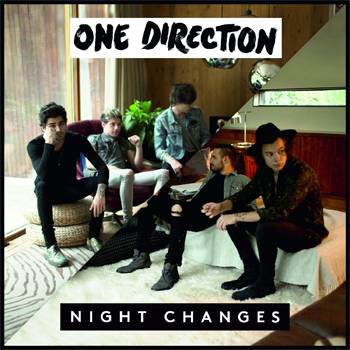 One Direction's Four Debuts at Number 1 On ARIA Album Chart

The planet's biggest pop band, One Direction, continue to set the charts on fire with their brand new album Four, which has tonight debuted at #1 on the ARIA Album charts after only an incredible 4 days since its global release on Monday November 17th.

Four becomes their fourth consecutive No.1 album in Australia, a first for an overseas act and making them third on a very exclusive list of -Consecutive No.1 Albums'. Leading that list is Jimmy Barnes, then Silverchair and now One Direction climb into third place, as their previous three chart-topping albums were Up All Night which spent five weeks at the top of the charts from 6-April-2012, then in November 2012 they spent two weeks at the top with Take Me Home, followed fifty-four weeks later by their third Midnight Memories. The only other act within this feat is Delta Goodrem.

Four includes the brand new single, -Night Changes' which had its worldwide video debut this morning at 3am - you can check it out here.

One Direction hit Australian shores this week to perform their smash hit -Steal My Girl' at this year's 2014 ARIA Awards Connected by Telstra on Wednesday November 26th. On Thursday November 27th, fans can tune in to a very special episode of A Current Affair on the Nine Network to see the guys sit down with host, Tracey Grimshaw as well as perform both -Steal My Girl' and their brand new single, -Night Changes' in front of a very special studio audience.

It has also just been announced that great new seats are now available across all categories for all shows on their Telstra Thanks® -On The Road Again' 2015 Australian Tour. Australia will be the very first leg of the worldwide 2015 -On The Road Again' tour, thus giving fans the chance to be the first to see a brand new show from the guys!

With a staggering 94 number ones and over 46 million records sold in just four short years, One Direction have gone from energetic pop upstarts to international superstars. Last year they became the first band in history to debut at the top of the US Billboard chart with their first three albums and were named the IFPI's Global Recording Artist of 2013 after becoming the biggest selling and most streamed act in the world.

Four follows the global success of their huge sell out -Where We Are' stadium tour, their 3D film documentary -This Is Us' and last month's exclusive limited release -Where We Are – The Concert Film', the biggest ever event cinema release. Add all this to their 3 billion YouTube views, 109 million combined Twitter followers and 36 million Facebook fans and it's clear that Liam, Harry, Louis, Niall and Zayn genuinely are a worldwide phenomenon.