The Pussycat Dolls with support Lady Gaga and Crave took the stage at Rod Laver Arena, Melbourne for two nights in May and it was unbelievable!

The Pussycat Dolls, Doll Domination concert, had two sell out gigs in Melbourne and Sydney; whilst also performing concerts in Brisbane, Adelaide and Perth. Recently The Pussycat Dolls have become international superstars, all starting with their 2005 release of Don't Cha with Busta Rhymes, which of course they play on the Doll Domination tour- it's one of the last (during the encore!) They performed their most recent hit: Jai Ho, a number one hit from the Slumdog Millionaire movie and ended the show with When I Grow Up.

Crave is definitely a DJ to watch out for, her perfect moves and rhythm is on par with the Melbourne club scene- she kicked off the show playing all the best dance hits, to get the audience in the mood.

The only word to describe Lady Gaga's performance is: phenomenal! Lady Gaga definitely was no ordinary support act- actually I think she stole the show and she was only on stage for 30 minutes!

Lady Gaga chose a short blonde bob instead of her token long straight hair with hair-bow. Wearing her normal outfit of 'not-much' or 'no-pants' Lady Gaga took the stage, like it was a nightclub and creatively blew the audience away. Using a character called Candy Warhol, pre-made movies, solos, props, costume changes and hardcore dance scenes with backup dances Lady Gaga had a packed arena in awe! Oh and don't forget the dress made out of Newspaper- yes the actual Newspaper!

Lady Gaga used her creativity to express her love of the stage and definitely stole the show proving she could sing, with a solo performance of Poker Face, whilst also playing the piano and 'performing' (stand on the seat with bottom held high, in the air). Lady Gaga exclaimed her praise for the audience before saying 'I'm just another blonde b*tch in a bunch of bubbles,' the audiences cheer roared through the arena and Lady Gaga finished with but 'I'm okay with that'. Her outfit: silver heels, a skin-coloured leotard and a sash of clear, plastic, bubbles- and I'm okay with that!

The Pussycat Dolls took the stage, without a live-band or instrument in sight... But they did have bikes, poles, flames and their strip-club dance moves! Nicole Scherzinger, showed her talent, singing for the whole show along side three dancers due to one Doll missing, Jessica Sutta, after an injury at a prior Sydney concert. The remaining four Pussycat Dolls did fine vocally without her, although their dance placements were slightly off.

Many teenaged boys had created signs reading 'Marry Me Nicole'- to one she replied 'you may have to ask my boyfriend' about that! Topless male dancers did excite the crowd for part of a Pussycat Doll costume change- no complaints here, though!

Overall a great night, for everyone in the audience! Lady Gaga and Crave are definitely two talented superstars, I would see again. I suggest you keep an eye out for Lady Gaga's tour (when she isn't just the support). 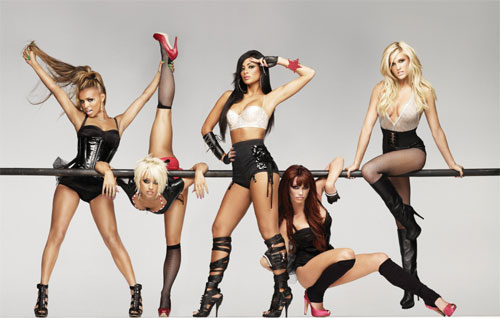 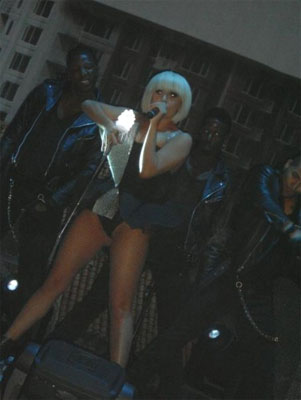