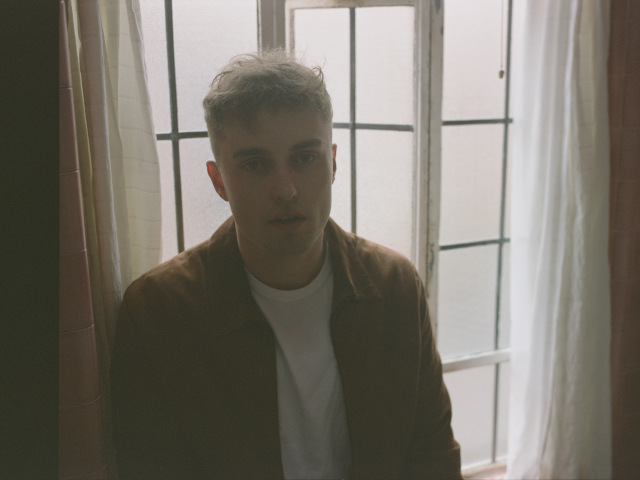 UK rocker Sam Fender announces his highly anticipated return with a brand-new single 'Seventeen Going Under' as well as announcing the album of the same name, set for release October 8 via Dew Process/ UMA.

To coincide with the latest track Sam has shared the clip, which is a nostalgic return to his youth and a nod to his hometown.

The album's title track is a chest-thumping, heart-swelling, prideful, rock and roll anthem. Seventeen is a classic age that has resonated and inspired songwriters for years, and 'Seventeen Going Under' can now be added to that cannon. It's an emphatic, soaring guitar song that collates the struggles of unemployed life, but also the daftness of age where you otherwise have little to fear and the world at your feet. It's undeniably an explosive return.

The Brit Award winner's second album, Seventeen Going Under, will be released by Dew Process / Universal Music Australia on October 8, and is the follow up to his breakout debut, Hypersonic Missiles. This new album was once again recorded in Sam's hometown of North Shields and produced with long-time collaborator, Bramwell Bronte.

Almost two years since the release of Hypersonic Missiles, which debuted at number 1 in the UK album chart, Seventeen Going Under finds Sam turning the mirror on himself for a much more personal record, this time focusing on his adolescence and the trials and tribulations of growing up.

It's a relatable journey that careers through an often-misspent youth, navigating tumultuous relationships with both friends and family, and trying to figure out what comes next and how to get there. North Shields is the ever-present backdrop for these deeply personal vignettes of a young life travelling breathlessly from zero to 100, hauling on the breaks and zipping back again from where he started. Over the course of the record, these stunning songs chronicle all the cherished memories, tricky encounters, and events that Sam cannot unsee – the story of a young teen losing not only his innocence, but then finding strength to stagger blindly into adulthood and all that entails.

Whilst Seventeen Going Under is destined to be a more intense and personal record than Hypersonic Missiles, it's lost none of Sam's acute sense of observation. It's a brave record; a defiant record; a celebratory record; and an inspiring one too. Like only truly great songwriters can, Sam turns his own experience into art that speaks to and resonates with all of us. These are simple but stunning songs that fire like an arrow straight through, and straight from the heart