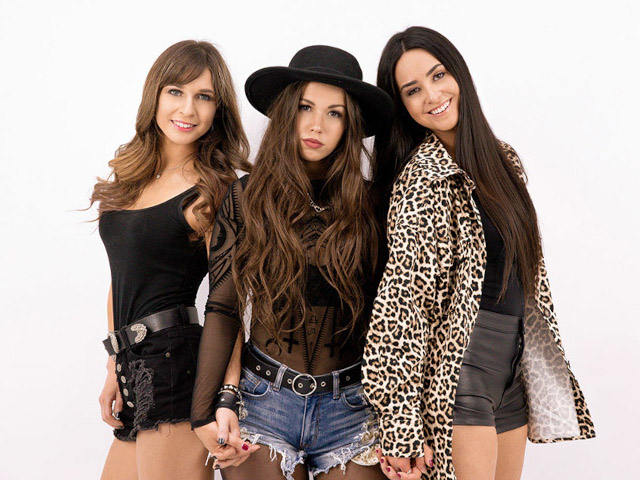 While the pandemic has temporarily delayed Southbound's plans to unleash their energetic live country/rock experience across Australia (including the postponement of their upcoming performance at Savanah In The Round next month), it hasn't stopped them from laying strong foundations with a bunch of hit single releases.

During the global crisis, the band have released four top 10 country singles (including two #1 songs!) and achieved over 5 million streams of their music.

The song also has a great message for the current times.

Vocalist and Bass player Sarah Bernardo, who takes vocal lead on this track, says the meaning behind 'Composure' has kind of evolved since it was first written.

"Originally we wanted to write a catchy 'yea the girls' kinda song, which made sense being in an all-female band. We rely on each other constantly for support in all aspects of our life," she says.

"We laugh together, cry together and support each other daily and we wanted to extend that love to our fans."

"But so much has changed since we wrote this song in January. From extended lockdowns in many parts of Australia, to us having more shows cancelled and changes in our band. But somehow, we are managing to keep our 'Composure' and we are excited about the future," Bernardo continued.

So Southbound realised how important it was to release 'Composure' at this time.

Not only has it helped them work through some of their current challenges, but they hope the spirit of the song might help others try to navigate the currently craziness a little easier as well.

"Naturally, people are angry and frustrated with lockdowns and all the disruption in their lives right now," says Missy Lancaster.

"The news and social media can also create division and amplify that frustration even more. The best thing we can so right now is support each other and keep our composure."

"There is a light at the end of the tunnel and although you may not always be able to see it during the thick of it, you will be glad one day that you stayed strong," she continues.

Southbound's most recent single 'This Is Us' topped the national country airplay charts in Australia for a massive 3 weeks in June!

It was also the follow-up to their first national #1 Country airplay single 'Find Our Way,' which also topped the AIR Independent singles chart last November and has been streamed across the globe over 2 million times!