Gemma Arterton: (Kelly) Gemma makes her feature film debut in St Trinian's and has just been cast as M16 Agent Fields in the upcoming Bond movie 'Quantum of Solace', which will be released in November this year. Coincidentally, another St Trinian's cast member, Caterina Murino recently played a Bond girl in 'Casino Royale'.

Talulah Riley: (Annabelle) Her breakthrough came in 2005, with her performance as Mary Bennet in Joe Wright's film of Jane Austen's 'Pride and Prejudice'.


St Trinians - School Can be A Riot

St Trinian's is in crisis! The notorious school for young 'ladies' has been threatened with closure and needs to find funds, fast. A whole host of ungovernable and downright unruly pranksters (and that includes the teachers) are game on to pull off the heist of the century. 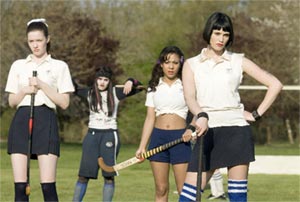 Their plan? Steal an extremely famous painting from the National Gallery. Right under the noses of the authorities, of course. But can their combined cunning and total lack of shame save the day before school is out - for good?

The St Trinian's girls are in a league of their own smart, fearless and determined to defend the school they love to the end.

Review: St Trinian's is not your regular high school movie on bad girls, in fact the whole school is rotten down to it's core. St Trinian's Headmistress Camilla values each student for their unique abilities, so when the school is hit with financial hardship it's up to the teachers and students to come up with an elaborate plan save them all. Hilarious, misguided and completely entertaining, St Trinian's is full of outstanding performances. 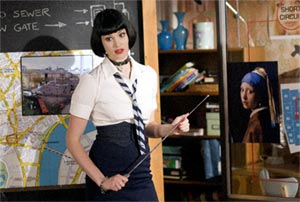 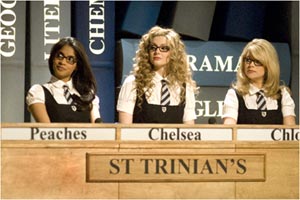