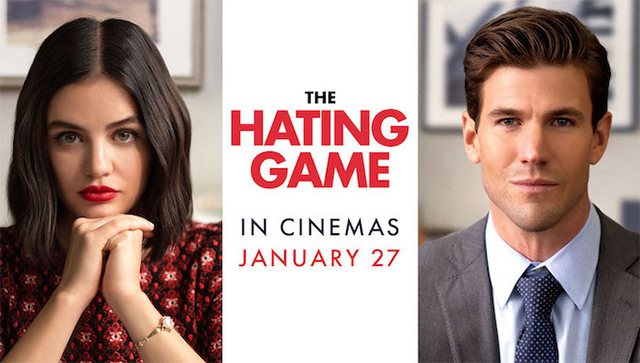 Based on the best-selling novel by Sally Thorne

Lucy Hutton has always been certain that the nice girl can get the corner office. She's charming and accommodating and prides herself on being loved by everyone at Bexley & Gamin.  Everyone except for coldly efficient, impeccably attired Joshua Templeman. And the feeling is mutual.

Joshua beat her at anything"especially when a huge new promotion goes up for the taking. If Lucy wins this game, she'll be Joshua's boss. If she loses, she'll resign. So why is she suddenly having steamy dreams about Joshua, and dressing for work like she's got a hot date?

THE MOVIE
"This movie was such a blast to make, from the second I read it to seeing it come to life. My favorite thing is the banter between Lucy and Josh. There's a lot of humor in the script, but the heart of it is these two people who can't deny being around each other, even when they claim they hate each other. It's because they can be their real selves around each other, and they challenge each other to be the best version of themselves. That's all anyone can ask for: someone who brings out your best self."

LUCY HUTTON
"It's very fun to be playing another Lucy. She's very driven, she's smart, she's a go getter. People are going to root for her because she's the underdog. She's a woman in a man's world, and she's fighting for what she wants. I'm a lot like Lucy: I can relate to being scared to speak your mind. I'm actually very shy and a complete introvert, and sometimes it's hard for me to express myself. My creative outlet lets me express myself. I'm a textbook people pleaser. But I have the people in my life, like Josh, who I feel like I can be my true self with. I definitely learned a thing or two by playing the other Lucy."

WORKING WITH AUSTIN STOWELL
"Austin is one of my favorite people I've ever worked with. I've known him for a couple of years, and we had a built-in friendship and chemistry: I trust him as a person, I trust him as an actor, and then when we got to set and got to do the scenes, it was everything I pictured it to be."

FAVORITE SCENE
"My favorite scene to film was at the hotel when Lucy and Josh are lounging in bed. It didn't feel like your typical rom com scene. It just felt real. It was the perfect combination of romantic and sexy and funny. Josh and Lucy are at a moment in their relationship where they're comfortable with each other. We'll see what my favorite scene is when I see the finished movie."

PREPARING FOR THE ROLE
"I go through the script a bunch and then leave it alone, let it digest. I'm a big believer in going with your first instinct, so I try not to overthink it because it can make you lose those special moments. I like to make sure I have every word memorized. I trusted [the director] Peter and I trusted myself. I knew this character, so I wanted to let it happen in front of the camera."