Watch Out! The kooky, crazy animals from 'The Wild' have been unleashed and are heading to Disney DVD!!

THE WILD is the outrageous tale of a group of zoo animals including a lion, koala, giraffe, an anaconda and even a squirrel; that all take over the grounds when humans go home for the night!

Samson the noble lion is the leader of the pack and the 'mane attraction' at the New York Zoo. The legendary feline amazes his friends and his son Ryan with hair-raising stories from his life in the wild before moving to the zoo.

When Ryan escapes the grounds in search of the excitement of the untamed jungle and to experience the adventures of the wilderness for himself, Samson is forced to embark on a daring rescue mission to save him. As the journey begins, the startling truth is revealed - despite his tales of magnificent bravery, Samson has never set a paw inside a real jungle!

With his quirky friends by his side, including the unconventional, yet adorable and hilarious koala Nigel, Samson must face his worst fears as his adventure takes him through the urban jungle of New York City, all the way to the wilds of Africa in the hunt for his lost son.

Packed with bonus features including deleted scenes, music clips including 'Real Wild Child' performed by Everlife, a Blunders and Bloopers reel and 'Backstage Disney' documentaries, THE WILD on Disney DVD is not to be missed!

Review:'The Wild' characters are completely loveable especially the relationship between the lovesick squirrel 'Benny ', and towering giraffe in denial 'Bridget '. A few dark parts, but nothing that can't be explained to small children. The Wild is a fun and enjoyable journey of finding the truth and facing your inner fears. 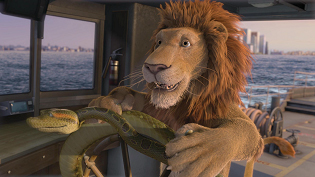 SAMSON (Kiefer Sutherland) - This legendary lion is the 'mane attraction' at the New York Zoo and loves to tell his zoo-mates and teenage son, Ryan, about his hair-raising days in the wild. With a heart of gold, and a genuine love for his son, Samson lives up to his roaring reputation when he ventures beyond the familiar territory of the zoo and leads his friends on the journey of a lifetime to rescue Ryan. 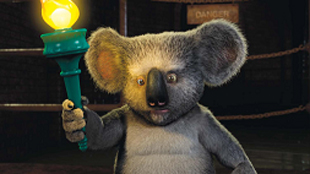 NIGEL (Eddie Izzard) - Nigel the koala hates being seen as only cute and cuddly and is taunted by his replica toy, the best selling toy at the zoo store. Tired of his reputation and the abuse he gets from his zoo-mates, Nigel longs to escape his cute image encouraged by his teddy-bear likeness. Little does the unsuspecting koala know, a whole new life awaits him when he discovers that he has been chosen to lead the wildebeests of Africa as 'The Great Him.' 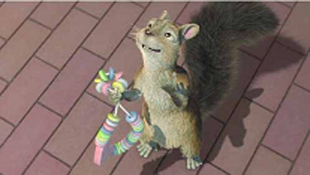 BENNY (Jim Belushi) - Samson's best friend is a street-savvy New York squirrel. Even though Benny is small in stature, he is never afraid to voice his opinion. He is a loyal friend and remains steadfastly by Samson's side no matter how tough the situation. Benny is a squirrel who thinks big, especially in matters of love, as the object of his affection is the 12-foot giraffe, Bridget! 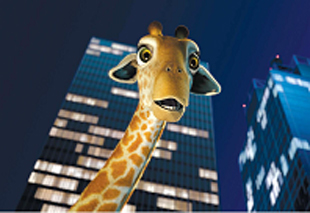 BRIDGET (Janeane Garofalo) - Quick witted and fiercely independent, this graceful giraffe lends invaluable help to Samson and the rest of the animal rescue team with her towering height and common sense. Not only does she have to cope with the physical demands of the concrete jungle but she also has to fend off the advances of her amorous eight-inch-tall squirrel suitor, Benny. 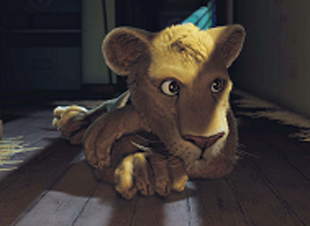 RYAN (Greg Cipes) - Samson's rebellious son is bored with zoo life and living in the shadow of his famous father. Longing for the excitement of the untamed jungle that Samson is always boasting about, Ryan sets out to experience wildlife for himself. When he escapes from the zoo, he sets into motion a wild adventure that turns the animal kingdom on its ear. 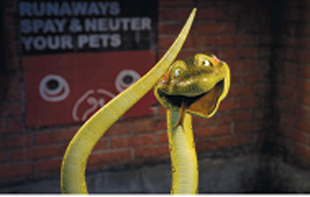 LARRY (Richard Kind) - This 21-foot long anaconda lays claim to being the longest of any animal in the zoo, but he's a bit short when it comes to common sense. Always flexible and willing to pitch in, Larry comes in handy throughout the adventure as a pulley, a pole, a steering wheel and a slingshot capable of firing a lion a considerable distance! 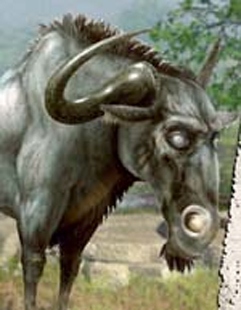 KAZAR (William Shatner) - The fanatic leader of a cult of wildebeests who want to be the hunters rather than the hunted, Kazar finds himself dancing to the beat of a different drummer as he makes his move to the top of the food chain. A darn good choreographer in his own right, this beastly character rules with an iron hoof and pins all his hopes on the arrival of the 'The Great Him' who will grant wildebeests the power to eat lions!