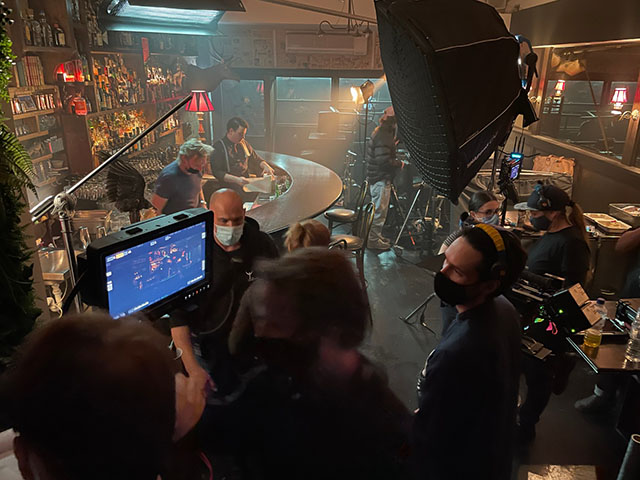 TAC, TABOO and Sweetshop premier the winner of the fourth annual Split Second Film Competition, in
partnership with Village.

Aspiring young Victorian filmmakers had the chance to bring their cinematic vision to life on the big screen, as part of the fourth annual Victorian Transport Accident Commission (TAC) Split Second Film Competition.

The competition invites 18–24-year-old Victorians to help tackle key road safety issues affecting the community through their own creativity.

The 2021 competition cast a spotlight on the risks of drink driving, an issue that is of particular concern amongst young Victorians.

Research shows that around 1 in 5 drivers and riders killed on Victorian roads have a BAC over the legal limit of 0.05 Conceived by Felix Barnett (21), this year's winning script, To Die For, was selected from over 300 submissions, a record for the competition. Barnett's script looks at the ingredients of a 'car crash' through the lens of an upbeat bartender, mixing a seemingly ordinary cocktail.

Barnett was awarded $5,000 cash and a $70,000 production budget to bring his road safety script to life in collaboration with award-winning production partners, Sweetshop, and creative agency TABOO.
The haunting short film will screen at Village cinemas across Victoria to remind the community about the dangers of drinking and driving.

Steph Kitchin, Associate Creative Director of TABOO says "What's so unique about the Split Second Film Competition is it's an opportunity for young Victorians to actually be part of the solution and use their creativity for good. We can often feel like the outcomes on our road are out of our control, but it's up to every single person to make better decisions - that's how will can affect change.

We gravitated to Felix's script because it dramatizes a key moment where the decisions around drink driving are made – at the bar".

TAC Head of Road Safety, Samantha Cockfield says "Each year we are in awe of the talent amongst entries and Felix's film shone bright. To Die For will play a crucial role in educating young drivers of the risks associated with drink-driving and could help save lives on Victorian roads."

The film will screen state-wide across Victoria this February in partnership with Village Cinemas. Victorians can head to www.tac.vic.gov.au/splitsecond to find out more.