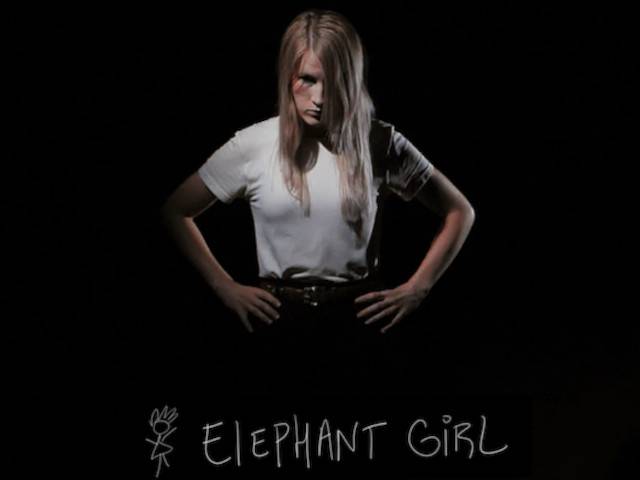 VINOK is not just another indie-rock band, it's a statement of authenticity and social change to create a new culture of justice in a land of unknown. Giving a voice for the marginalized and bluntly bringing to attention crucial problems of a global society is what the band is all about. Their topics range from disability rights to feminism, politics and religion. Yes, the Ukraine-based band's indieness is a sound you haven't heard before - it's an unusual mix of experimental rock and indie art-pop spiced with notes of garage punk, pulp grunge and even hip-hop.

Their latest single "Elephant Girl" is a story of transformation and the spiritual awakening of a female person with a disability. The title of the song is in reference to Elephant Man, a true story of a person who was judged and maltreated exclusively because of his appearance. It is essential to remember that not all disabilities are visible to the eye but that does not mean they are not a reality.

Featuring strong, determined vocals, a foot-stomping rhythm section and crashing drums, "Elephant Girl" is a fierce, empowering anthem oozing with confidence and energy. Mixed by PDub Walton (Bjork, U2, Massive Attack, The Cure), and mastered by Jon Astley (The Who, The Rolling Stones, Eric Clapton), the track is reminiscent of Arcade Fire meets Florence Welch.

In the visuals, the band portray paradoxes: on one hand the persona has a seemingly strong voice yet remains unheard; the persona appears strong, super-powerful yet is helpless - a tragic victim. It's one of the most voiceless conditions one can encounter, when everyone thinks you have a voice but in reality you are completely paralyzed. Take this a step further: now imagine a girl with a disability; her pain and feelings of powerlessness are unimaginable when those societal expectations are never achievable in her eyes. Nathalie shares, "With this song we want to give a voice especially to persons with disabilities and all those who feel like the outcasts of society."

Taking inspiration from the likes of Stranger Things and Get Out, the video for "Elephant Girl" follows a similar theme. Ilya reveals, "once we see a drop of blood coming out of the characters' noses, we are reminded of the reality of the pain that they are experiencing. It is as if they are so suppressed inside that their pain is literally bleeding out. Our video ends with a twist: after the blood drop streams from the persona's nose she finally is able to sing aloud with the lyrics - showing that she is real and that there is hope to be heard".

Lead vocalist and keyboardist Nathalie has practiced as a mental health professional and expressive arts therapist working extensively with people who witnessed a wide array of abuse, trauma and neglect, as well as people with disabilities, refugees, immigrants and many other minorities. As a journalist, VINOK's drummer Ilya has witnessed the atrocities executed by authoritarian and corrupt regimes in Eastern Europe and the sheer poverty that resulted from them. The band's virtuoso bassist Anton comes from war-torn eastern Ukraine and says, "Music is my salvation". Formed only in February 2019, VINOK have already graced some of the biggest festivals in eastern Europe such as Ukraine's Respublica Festival and Poland's Slot Festival.