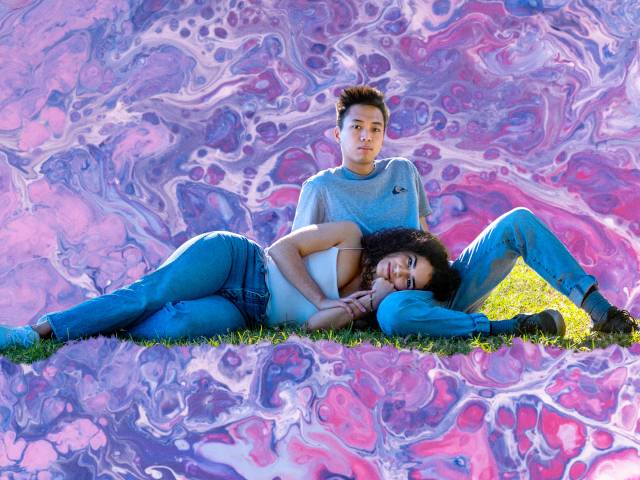 Making his emergence onto the music scene this year, with his debut release 'Fireflies'; Indonesian American artist Theo Lee is once again teaming up with singer-songswriter Jenna Noelle, alongside artist Rowlan, on their latest new release - 'I'll Be Fine'.

Following a series of successful releases; the rising electronic producer is delivering another vibrant and addictive electro-synth pop track alongside some of his favourite artists. With a blend of playful samples, rhythmic percussive beats and uptempo rhythms; the song features a fresh and intoxicating production, fusing gentle vocal harmonies and melodic rap verses. With Jenna's enchanting lo-fi vocal melody running throughout, the infectious energy of the song hooks you from the very first note.

"I search inside of myself to find happiness." 'I'll be fine' is a song about letting go of toxic relationships and embracing change. It's a playful, somewhat sassy take on a break up song. We started with a simple beat Theo made while travelling with his friend Jazzinuf. Theo showed the track to Jenna during one of their writing sessions. She loved it and laid down what became the chorus and first verse of the song. After a few months Jenna reached out to her friend Rowlan with the track. A couple hours later he sent over a verse. Theo mixed and mastered the track and the rest is history!".

Theo has always gravitated towards music; inspired by both of his parents who performed in the church, he began playing piano at the age of four. He attended Manhattan School of Music, however he dropped out after falling in love with music production. For the past two years he has been working on his craft and developing his production, artistic and songwriting talents; including writing and producing for artists. And this year, he took the next step in his artistic journey as he began releasing music of his own.

With the promise of more to come, 'I'll Be Fine' is a dynamic and captivating release that perfectly encapsulates the exciting sound Theo, Jenna and Rowlan have to offer; and their impressive artistic talents.