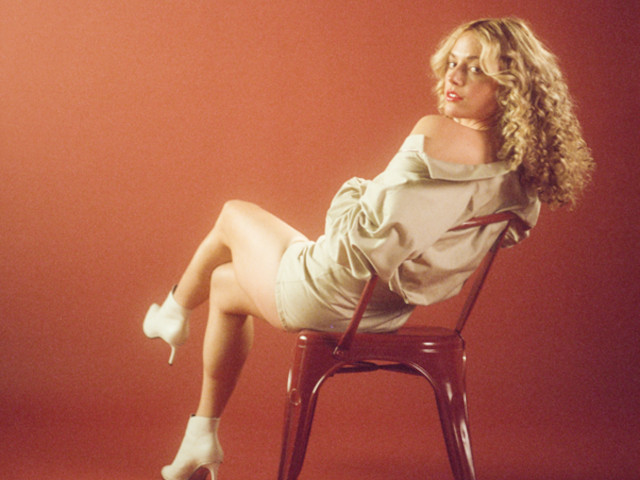 
The announcement came alongside the release of Ashe's new single and video "Angry Woman," which she has been performing to 50,000 fans around the world during her sold-out Fault Line Tour.

"'Angry Woman' is my enough is enough record," proclaimed Ashe. "There's always been this sense that as a woman in this world I've needed to 'behave' and 'play nice,' cutting off all this power and confidence that as women we should be demonstrating on a daily basis. 'Angry Woman,' in many ways, is about being fed up with abuse of power and that it sometimes takes a little righteous anger to make a change. Especially in today's climate, I want to see women getting a little angry, because we should be."

The "Angry Woman" music video was inspired by Yoko Ono's famous 1964 cut-piece performance in which she encouraged audience members to cut off a small piece of her clothing, which was theirs to keep. Ashe reimagines this original concept and adapts it to the Rae album era themes of feminine liberation, celebration and confidence.

"I felt Yoko One's cut-piece performance was very empowering and related to the song I wrote and how it feels to be a woman in America in 2022," said Ashe. "I was very inspired and wanted to pay homage to it in the 'Angry Woman' video."

The track follows early singles "Hope You're Not Happy" and "Another Man's Jeans," both of which will be featured on Rae. The songs were Ashe's new music since the release of her debut album Ashlyn. The record featured "Till Forever Falls Apart" with FINNEAS, which was named one of the best songs of 2021 by the Los Angeles Times and surpassed 126 million streams on Spotify.

Ashe will head back out on the road for a string of U.S. summer dates on her Is It Me Or Is It Hot Tour