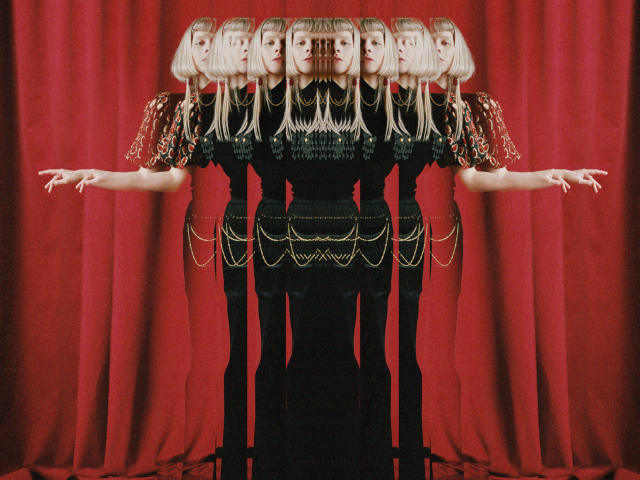 AURORA has released "Heathens," the fourth single due to appear on her forthcoming album, The Gods We Can Touch. The track is led by AURORA's signature ethereal yet soaring vocals, resulting in a polyphonic and haunting triumph.


AURORA says of "Heathens," "A long, long time ago, Eve took a bite of a forbidden apple hanging from the tree of evil and good. In her act of doing so, she granted humans free will; I just think that is very beautiful, and I wanted to honour her and women like her, who little by little granted us freedom in this world. A freedom to live as we please, to explore and taste. I think life should be lived in all of its colours, and that is why we live like heathens."

Proving herself to be an extraordinarily multifaceted artist, AURORA revealed two tracks last month; one, a collaboration with singer-songwriter and producer, Sub Urban in the form of song, Paramour, and the second, the trailer track for Amazon Prime series, HANNA.

AURORA's highly anticipated new album, The Gods We Can Touch will be released through Glassnote Records, on January 21st 2022. This, her third album, is an elegant and celestial but provocative body of work about shame, desire and morality, all seen through the narrative prism of Greek mythology. In each of the album's 15 songs we meet a different god or goddess.

Growing up surrounded by forests and mountains near Bergen, Norway, AURORA Aksnes first felt the compulsion to sit alone and create at six years old. By the time she was 12 she had written Runaway, a song that would later receive a full release and, later still and thousands of miles away, would inspire another 12 year old, Billie Eilish, to make her own music. Runaway catapulted into the Top 40 Singles Chart in the UK for the first time earlier this year and also peaked in the Spotify Global Top 20.

The chanteuse has recently announced her 'AURORA mini forest initiative': when merch is purchased, a tree will be planted to build the AURORA mini-forest in the Andes! Up to 4000 trees will be donated towards the High Andes Polylepis Forest project, through the non-profit organisation, 'One Tree Planted'. This is an initiative which is very close to AURORA's heart, and just one of the many passions she has aside music.

AURORA has proved herself to be a triple threat; a singer, songwriter and producer, since bursting onto the scene in 2015 with her debut EP, Running With The Wolves. AURORA has now amassed over 20 million monthly listeners on Spotify, racked up a whopping 2.6 billion overall streams and 1 million+ global album sales.