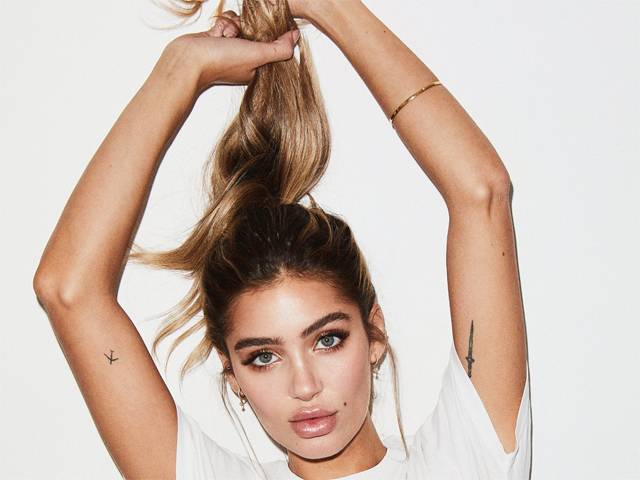 Introducing Belle Lucia and Her Debut Single Call My Name

Born and raised in Sydney, Australia, Belle Lucia is a multi-talented musician and songwriter who grew up idolising artists such as Amy Winehouse, David Bowie, Joss Stone and Destiny's Child.

Music was a passion for Belle Lucia who from an early age, started honing her musical craft by performing at talent quests, school musicals and in jazz bands. A natural talent that felt at home singing on a stage.

Academically bright, Belle Lucia would go on to complete her Nursing Degree all the while getting scouted as a top model; a modelling career which has taken Lucia all over the world many times over and garnering her a huge social media following. Lucia has an impressive 1.3M followers on Instagram alone.

In 2017 Belle Lucia had a chance meeting with industry executive and record producer, Jesse Porsches who has previously worked with Flume. The pair hit it off and started working together creatively after he saw her perform.

Lucia and Porsches have been developing the project for the past two years, she has travelled the world and taken part in numerous song-writing sessions, building her craft and preparing for her debut release as Lucia became the first signee to Porsches JV Label Flossy with BMG. The duo is about to unleash her debut single that she has co-written called "Call my name".

Described by Lucia as an up-tempo pop track with urban undertones, Call My Name is a narrative about two people involved in a long-distance relationship and embracing and overcoming all the challenges that come with that.

"I spend a lot of my time traveling with work and so it was important for me to write about something that I was personally going through. Music has always been a part of my life, from a young age I would always be the girl singing in talent competitions and jazz bands. I'm so ecstatic to finally be sharing my first piece of music with you" says, Lucia

Belle Lucia: I would describe my music as pop with urban undertones.


Question: What inspired the song, Call My Name?

Belle Lucia: My partner, we are in a long distance relationship "sick of this distance between us", he's in London and I'm in Australia. It's also inspired by how we met "take a risk and jump in, runaway with me lets catch a flight" our third date we took a risk and ran off to Spain together, he pretty much said those words to me.

Belle Lucia: My experiences in life and in relationships. 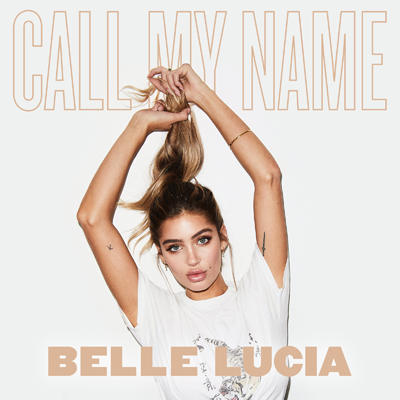 Belle Lucia: My Nana, she recently passed away and she's always been my main inspiration in life.

Belle Lucia: At the moment I'm loving Billie Eilish and Vera Blue, as well as diving into some old school classics such as Elton John, Marvin Gaye and Kate Bush.

Belle Lucia: I've had a lot of influences inspiring my passion for singing, from nonstop listening to Queen, David Bowie and Michael Jackson from a young age with my dad to watching almost every Broadway musical and Opera as a child, I can't directly pin point what it was that sparked my love but I've always been obsessed with singing, it's always made my heart feel full.

Belle Lucia: I would absolutely love to collaborate with Sia; she's incredibly talented in both writing and performing.

Belle Lucia: I'm a full time model so a typical day usually doesn't exist because I usually shoot for a different brand every day. I usually get notified what city I'll be working in the day before and It's almost always a very early start. Shoots usually go for 8 - 12 hours then by the end of the day I love to treat myself to a bath and some home cooking, I love challenging myself to cooking new recipes. I really enjoy listening to music whilst I'm cooking.

Belle Lucia: I am continuing working on music as well as modeling full time, I'm also traveling quite a bit, this week I'm off to Venice and later on I'll be going to Paris.