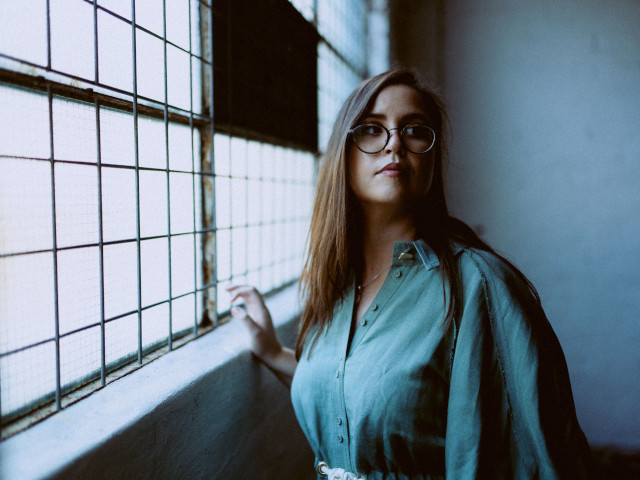 Perth singer songwriter Bri Clark weaves emotionally wrought alt-pop marvels about love, heartache, and the corporeal grind of living with chronic illness. Enveloping her impeccably agile voice"the alluring centrepiece of her work"with spacious atmospherics, brooding piano, and elegant dynamics, Bri Clark has rapidly earned her status as one of Australia's most enthralling artists on the rise, and she's back stronger than every with her long awaited debut album "Waiting."


With an electronic flair and an emotional twist on pop melodies to fill our craving for romance-driven love songs, Waiting acts as a digital telescope, peering into the realities of relationships, and the hardships, beauties, and finer details that encompass the journey of falling in and out of love. Encompassing eleven tracks, moving through emotional intensity like pages of a book, Bri's relatability makes us feel safe and accepted as we too navigate the turbulent nature of life's love and connection experiences.

It's no denying that Bri's music has shaken us with hard hitting truths on the ways in which relationships can form and crumble in the blink of an eye. The raw and tender lyricism allows the audience to reflect on their own experiences, to improve our understanding of how relationships may not seem so black and white.

Speaking on the album, Bri described "I wanted the tracklisting of this album to be like chapters of an audiobook, detailing the relationship grief and acceptance process."

Acute observations are propelled by intelligent dark-pop nuances and slick, hard-hitting production throughout, with lyrics molded through Bri Clark's grieving process of a dysphoric relationship. Collaborating with a slew of seasoned songwriters to perfect its 11 sprawling tracks, Waiting is a wildly impressive debut carved from the rubble of heartache and resilience.

The album opens with shock. Lilting vocals echo across a sparse soundscape of siren synths on the LP's title track, while a distressed inner voice recalls in bewilderment the rapid fire events that have just transpired. A palpable sense of dread and apprehension thickens to a suffocating degree before imploding into a cacophony of sound that could temper the most explosive Perfume Genius climaxes. Bri Clark has announced herself, and her intention is as resolute as ever. She is here, and she is worthy of triumph.

Reinforced by ironclad RnB scaffolding that embellishes each blow to a lethal degree, Sinner dishes a scathing account of her avoidant ex-lover, while Red Flag recounts the cyclical toxicity of the relationship in vigorous spurts of full bodied syncopations and meandering vocal scales. There is no holding back here and Bri takes the time to revel in her newfound boldness both as an artist and person.

Denial is explored most fervently on the album's icebreaking single 'Porcelain'. Bri's quintessentially powerful voice quivers perhaps for the first time in her career as she succumbs to the weight of buckling disbelief. As the 5 am panic dawns and the realisation of being alone takes hold with a bellyful of anxiety, she whimpers, 'oh my god can't stop myself shaking, don't get too close my ribs could cave in'. It's an arresting bout of vulnerability that is a testament to her highly developed songwriting candour.

Break is the album's most extravagant juncture. A subdued shift in direction, the anger has somewhat subsided as an orchestral wave of shimmering production washes over like the very tears Bri croons about having shed for days. Here the vivid storyteller draws opposing parallels between the relationship's intimate beginnings of supposed prosperity, and its vastly desolate aftermath.

With an increasing sense of clarity, Catch 22 builds upon its predecessor's opulence for a moment of reflection. Bri begs a reckoning of her counterpart's unresolved issues and insecurities as she spills 'how could I know how to love you when you don't love yourself? No wonder you end up in pieces feeling overwhelmed' It's a loaded two minutes of gloriously devastating 22, A Million era Bon Iver melancholia.

Happy presents the slowly creeping first signs of acceptance; of the situation, of Bri herself and of the relationship's inevitable demise. In a sublime display of Clark's seemingly endless low end vocal register, she bellows the line, 'but moving on, if you find that one - love should be too hard to walk from' before shifting to soaring heights to swiftly assassinate the person in question's incorrigibility: 'you choose safety in numbers, ease not discomfort, stay under the covers, don't fight for your lovers.'

When it's empowered, it is ferociously so. Insecure lobs a defining moment of anthemic stadium pop deployed as a vehement call to arms as Bri summons the might to step into her own power and take back control, belting every syllable of the chorus line; 'I won't fight an insecure boy's mind'.

Home is a bittersweet goodbye and a deep examination of the relationship's dizzying highs and twisted lows. Armed with the double edged sword of retrospect, Bri runs over the beautiful and melancholy moments spent falling in and out of love in this tender self-soother that grapples with the spectral remains of promises left unfulfilled. The album's spine-tingling piano ballad Hospital Bed follows a similar ilk, as Bri begins to put the pieces of her life back together and carry on forward.

Album finale, Compete harks back to the brazen charge of Insecure in a brooding ballad of unwavering certainty that gives Bri the final word as she belts the album's closing line, 'now you know what I'm worth' asserting herself the upper hand.

Waiting is an ambitious, bold and vital debut from a truly uncompromising local talent. As much a breakup album as it is a breaking in album, the release will undoubtedly plaster Bri Clark's name to the top of the most revered ones-to-watch lists.

Bri Clark continually delivers with her hypnotizing live performances as she moves from emotion to emotion, allowing the audience to leave with new and powerful eyes. Having previously supported phenomenal acts such as Middle Kids, Ainslie Wills, Holy Holy, Ben Abraham, and GRAACE, further having headlined her own shows in Melbourne and Perth, Bri has proven her dominance within the industry, and we can all take notes from her unapologetic presence in the industry.