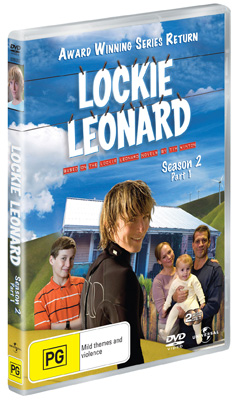 Summer is almost here and iconic Australian surf rat Lockie Leonard is back! Lockie Leonard Season 2 Volume 1, the Award-winning Channel 9 television series, will be available to own on DVD from December 1st.

After an endless summer, Lockie Leonard and his family return for another series of mayhem, laughter and the occasional tear. Just when Lockie thinks he's got it all sussed out, everything changes. That's the thing about the future - you just don't know what's going to happen. But as long as Angelus has the best waves Lockie has ever seen, why would he want to be anywhere else?

Lockie Leonard's critically acclaimed first series is based on the celebrated novels by Award-winning author Tim Winton, a 2010 recipient of the Australia Post Australian Legends Award. The first series won AFI, ATOM and Logie Awards for Best Children's Series and garnered an International BAFTA nomination. Season 2 promises to be just as engaging for young teen fans as they journey with Lockie through the sometimes-awkward moments of being a teenager.

Lockie Leonard Season 2 will feature the trademark wit, physical humour, emotional depth and acute observations of the first series. All set against the backdrop of the spectacular south coast of Western Australia. 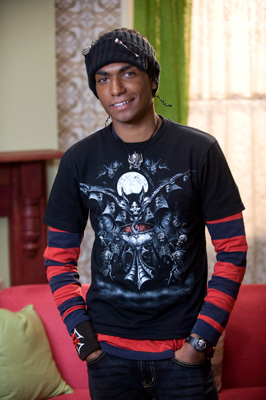 Question: How did you get the role on Lockie Leonard?

Clarence Ryan: I went through about two auditions and meeting one of the directors Tony Tilse till they came to an agreement that I would be fit to play the part as Egg, I just gave it my best in the audition and I guess it paid off.


Question: Is it great working on location in such a beautiful place?

Clarence Ryan: We were all so fortunate to be working in Albany, it was perfect weather, beaches and people were friendly to us which made our jobs a lot easier.


Question: Do you enjoy working with such experienced actors like Rhy Muldoon? What have they taught you?

Clarence Ryan: Rhys Muldoon is probably in my top five for funniest guys I've met. It was a letdown that Rhys Muldoon and me didn't have a lot of scenes together but when we did it was something different, something new, Rhys Muldoon always had little ideas that were somehow perfect and dropped in the scene and worked. I thought that was very impressive.


Question: Has acting always been what you wanted to do?

Clarence Ryan: Yes and no, you always want a backup plan incase everything goes downhill but I hope that doesn't happen to me, I would love to make movies for a living.


Question: Tell us something about working on a TV series that we wouldn't know.

Clarence Ryan: It's the people you don't see that make us look perfect on screen. If I get on the lighting departments bad side they can make me look messed up on screen, I don't want that.


Question: Do you have a favourite Lockie Leonard episode?

Clarence Ryan: Not really, they're all good in my books.


Question: What do you like to do for fun?

Clarence Ryan: I love playing Xbox 360 I don't think I could live without it, hangout with mates and spend time with my girl. Nothing exciting I'm just your average guy.