Darren Barnet Never Have I Ever Japanese American actor, writer, and newest Netflix heartthrob Darren Barnet (NBC's "This Is Us." Marvel's Agents of S.H.I.E.L.D.) once again gears up to take over screens worldwide with the anticipated second season of "Never Have I Ever," aimed for a July premiere and comedy-horror film, "Untitled Horror Movie" set for June 12th.
The wildly popular coming-of-age comedy, created and inspired by executive producer Mindy Kaling's childhood is returning to Netflix after a record breaking first season. As expected, the season is guaranteed to bring plenty of awkward encounters between Devi and Ben as they both try to understand their feelings for each other, and their other love interests. Megan Suri. Tyler Alvarez, Utkarsh Ambudkar, PJ Byrne and Common will be joining this season. 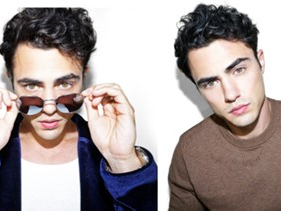 Passionate at honing his acting skills, he is currently studying at Will Wallace Acting Company. Barnet also studied languages, Japanese and French, and speaks conversational Spanish. His love for languages has given him an innate gift at accents, from the Bronx to Ireland, and most in-between. In Barnet's spare time he writes screenplays and music, and raps for fun. You can also follow Darren Barnet @darrenbarnet. Darren Barnet Never Have I Ever Interview