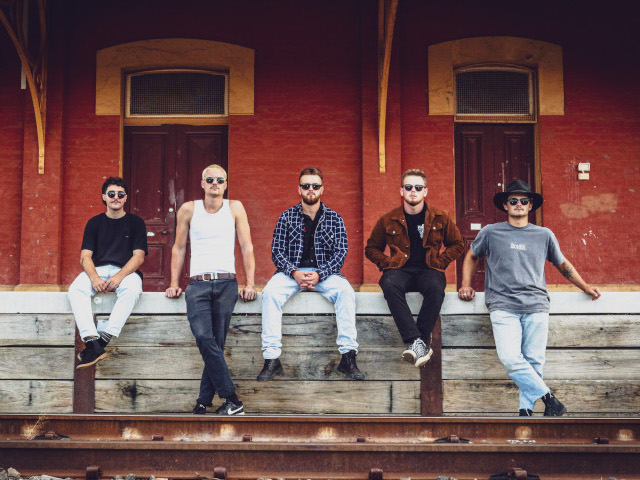 I'll Be Gone marks an energetic jewel in the Edgecliff story so far, offering a modern amalgamation of the group's classic and more recent rock and roll heroes, with its vocal melody inspired by Powderfinger, drum and basslines inspired by Foo Fighters, and some sparkling guitars and keys a là Wolfmother throughout the catchy track. Loaded with fresh licks and affable steeze, I'll Be Gone kicks off with a fiery riff before bursting into some technicolour rock and roll; from splashy drum fills to bright organs and vocals with just the right amount of rasp, I'll Be Gone also lyrically captures some of life's more fiery moments, as frontman Will Howell explains, "The lyrics are about an argument. Whether it is internal or with another person, it is up to the listener to interpret their meaning. Basically, the battle of right and wrong. With the music, we just wanted a fierce, snappy song, and it all came together after many songwriting sessions and a contribution from us all."

Recorded at The Grove Studios, I'll Be Gone saw Edgecliff team up with the legendary Callum Howell, aka the renowned producer, engineer and mixer for Ocean Alley, with mastering for the new single courtesy of Mike Tucci in New York. And while I'll Be Gone may mark the first single from the quintet in 2022, it certainly won't be the last, as bass player Kai Stackhouse confirms, "We've been waiting to release this single for a few months and we are so keen that we also have a few other new tunes ready to dish out ASAP. We are stoked!"

Comprising of high school mates Will Howell on vocals and lead guitar, Kai Stackhouse on bass, Jesse Calabrese on rhythm guitar, Nick Murace on keys and Jacob Lock on drums, Edgecliff is a band built firmly on a foundation of passionate songwriting and a desire to create original music (as well as actual building, with the band members currently completing apprenticeships in their respective trades). For Edgecliff, their shared creative passion is certainly a giant factor in propelling them forward; but it's also the group's internal connections that truly bolsters the end result, as guitarist Jesse says, "We think our good chemistry and friendship inspires our music. We can't emphasise how important our friendship is to our band".

From high school mates to bandmate brothers, Edgecliff bring their rich and varied musical upbringings and backgrounds into a hard-hitting coalescence of beats, chugs and rock and roll. And from emerging in 2021 with their first singles Waitless and Belong to the Crowd, to recently releasing Calling for More and, as of today, I'll Be Gone, Edgecliff are hitting the throttle as they continue into 2022, with even more live shows and new tunes to come.