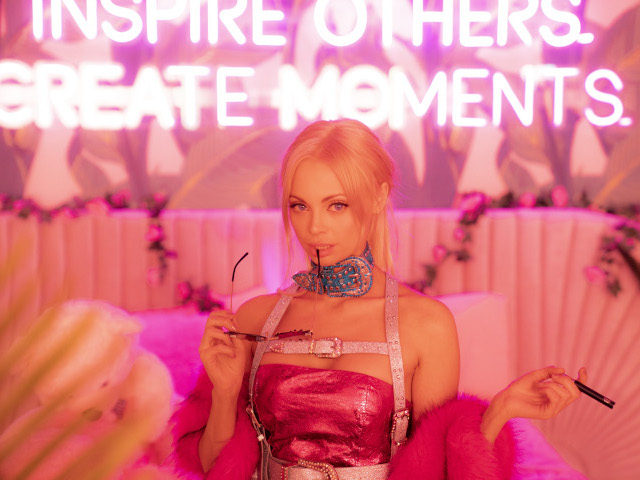 Australian born recording artist Katja Glieson first gained recognition for singing and rapping as 'Elsa' in the hugely popular viral video 'Princess Rap Battle', which has had over 245 million views on YouTube.

Katja's most successful release is an urban/pop crossover entitled 'Come Thru', or as she describes the track: "Aussie girl boss demands attention and respect in throwback urban glam record", which has had over 5 million streams across services. The single was featured on the Billboard Bubbling Under R&B Chart at #3.

Other releases also include the emotional 'I Would Kill', 'The Ones Like Me', the Halloween themed 'PICKY', 'Midnight', 'Me Then U', which was featured in a Nordstrom campaign & the iconic 'Ride the Wave', which was released exclusively via a partnership with Shazam & reached #40 on the iTunes charts.

Katja's personal story of perseverance through adversity, abuse and poverty inspires her dedicated fans; on the surface, Katja is what appears to be an ideal stereotype. Yet one moment in her world, Katja relates so effortlessly through her dark humor, deep sadness, passion, compassion, and resilience that she has achieved only by being willing to be open and vulnerable.

Katja's authenticity and energy at her live shows inspires new & current fans alike to connect with her story and her music. Katja sings live & dances, speaking genuinely to the crowd from her heart. She has toured all over Australia and the USA and speaks out on various topics relevant to the audience, including equal rights, anti-bullying, abuse, self esteem, childhood trauma, wellness & LGBTQ+ rights.