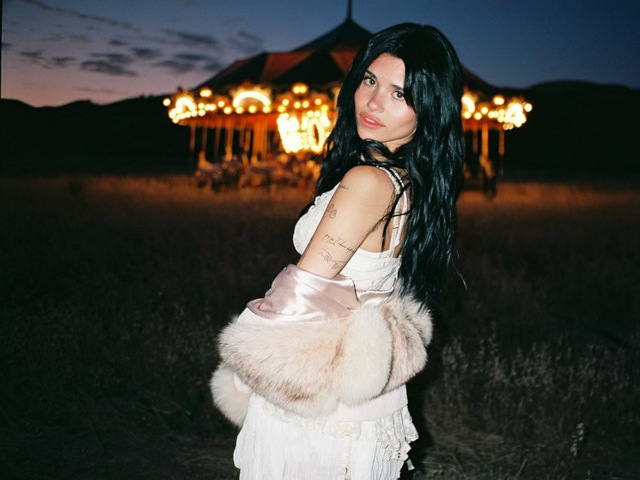 Nessa Barrett gives fans another piece of her heart on the moving new single "die first". via Warner Records. Produced by and co-written with frequent collaborator Evan Blair, the deeply personal anthem is about the fleeting nature of love. The track is accompanied by a video that approaches mortality through a whimsical, childlike lens.

"die first" finds Barrett in a reflective mood. The way she sees it, relationships normally end one of two ways. "Someone dies or someone gets hurt."

"Life is so short," Barrett says of her new single. While "die first" was initially focused on the idea of loss, her focus soon shifted. "It quickly turned into a love song to the most important people in my life. I don't ever want to think about not having them by my side. I think that's one of the most beautiful things about this song; everyone has someone, or something even, that they can't imagine life without."

"This song means more to me than anyone could comprehend. One of the first people I shared it with was my best friend Cooper Noriega and he said it was his favourite song from my album.  I'm so happy I got to tell him that it was for him and my mom before he passed. This is being released in honour of him. I want people to know that they don't have to struggle alone and encourage anyone to join Cooper's discord community Coop's Advice, which is a safe place for all of us."

It's the type of raw emotion that Barrett's fans have come to expect. "die first" arrives after February's release "dying on the inside", which purposefully dropped during National Eating Disorders Awareness Week in the US. In 2021, she introduced herself with pop-punk earworm and gold-certified "la di die" featuring jxdn and Travis Barker on the drums. The newcomer then cracked the Billboard Hot 100 for the first time with the revenge anthem "i hope ur miserable until ur dead", the smash hit single off her September 2021 EP, pretty poison.

The larger Barrett's following gets, the more mindful she is to use it to shine a light on big issues. I is the latest example of how she has come to expertly turn inner turmoil into songs that help herself, and her fans, start to heal.