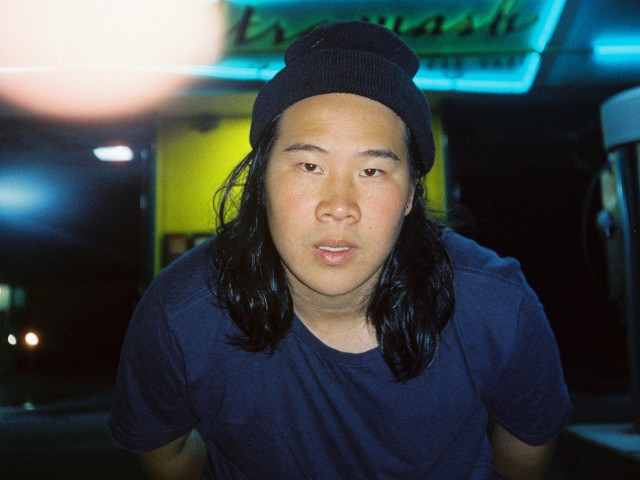 Point Guard bustles with plush reverb, driving beats and creamy vocals courtesy of David himself, calling to mind the effortless ease of Gang of Youths while also deftly showcasing David's soft gravelled croon. Entirely self-produced with mastering courtesy of Huntley Miller, who has also mastered albums for some of David's heroes Hippo Campus and Bon Iver, Point Guard is a glistening blend of congenial modernity and measured laidback ease as David continues to sharpen his blossoming adoration and innate knack for indie music. Infusing glowing sincerity stemming directly from David's own experiences, Point Guard takes the lead as a fun, friendly and frothy offering that is equal parts relatable and irresistible. Of the track's personal exploration into relationships and vulnerability, "Point Guard is about the gratitude and hopes you have for your loved one. To me it's about my girlfriend, but at the end of the day it's about anyone you love and find comfort in being vulnerable with - whether it be a friend, partner, family, or stranger on the street. For me it's tough to do that, so I'm glad I have someone I can do that with!"

The video for Point Guard perfectly complements this genial intent, with the single's music video bringing nostalgic home movie visuals to the table. Made entirely by David and his girlfriend, and complete with karaoke-ready bouncing ball lyrics, the clip follows an adorable narrative complete with dogs, waterfalls, sun-drenched trees and David and his girlfriend living their best peaceful lives. With real-life love on full display, it's impossible not to fall head over heels even more for Local the Neighbour's new single and clip, which was inspired not only by relationships but also a passion for antiques, as David explains, "The song is about my girlfriend, and for my birthday and Christmas (they're very close together) last year, she and some friends and family bought me a vintage Super 8 camera. I love old things and the history they have, so it felt really fitting to run a bunch of film through it and create a music video with that camera, documenting parts of our lives at the time."

Originally growing up in Darwin before moving to Melbourne to study music, David's significant background in jazz has seen him study at both the Victorian College of the Arts (VCA) and at UCLA in Los Angeles alongside the likes of Clayton Cameron (Frank Sinatra, Sammy Davis Jr) and George Bohanon (Earth, Wind & Fire), while also performing with ARIA award-winning jazz musicians and appearing as a feature artist in the 2021 Melbourne International Jazz Festival. Fusing his infatuation with the boundless creativity of jazz with his ultimate musical passion, indie rock, David brings a sharp execution to his expertly-crafted new material under the Local the Neighbour moniker; an effortless lesson in technicality with an everyman charm that offers a musical companion to those needing hope in life's less-than-rosy moments.

Interview with Local the Neighbour

Local the Neighbour: I'd say it lives in the indie pop, indie rock space.


Question: Can you tell us about Point Guard?

Local the Neighbour: Of course! The song is about my girlfriend or the people you love in your life. I recently read an article on the song where they summed it up so much better than I ever could in a sentence. I won't copy and paste it but they basically said something like: wanting to open up and show a person the true you, and taking a chance to let your guard down with them. I think that really summed up everything the song is about!

Local the Neighbour: Not really! I just want to make music that reflects real life. Life can be mega dark or really happy and I want to write songs that talk about each of those things. Let's call this genre 'realistic indie rock' haha. 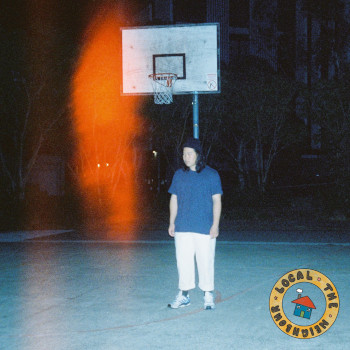 Local the Neighbour: I performed live for the first time the other day and it was genuinely quite an amazing experience. I've been performing as a drummer since I was really young, so playing guitar and singing at the front of the stage felt quite strange in the lead up to the night; but once we got up there and everything started, I felt really comfortable and was able to make the most of it. It's tough to beat the energy and adrenaline of playing music live, and it's something that can be hard to explain to friends who don't play music!

In saying this, one of my big passions is sitting in my room and just creating music in whatever strange way comes to mind. I think that's where the true creative moments are experienced for me, so if I were to choose which one I prefer based on creative outlet, it'd have to be studio!


Question: What is the story behind Local The Neighbour?

Local the Neighbour: Umm, I feel like you should ask me in 5 years, then I'm sure I'll have a great story to tell you! But right now, I'm a guy who likes making music in his studio and rocking to the maximum level on stage. We'll see where that takes us:)

Local the Neighbour: I've asked this question to myself A LOT! Music is soooo hard to do and has a stupid amount of road blocks - many people have just given up on pursuing music, and rightfully so! I once said to a friend, "I think I'm going to quit music to get a job that actually pays minimum wage so I can not struggle so much", and his response has since been ingrained in my head. He said, "What?! You literally can't. It's impossible. Even if you tried." And I agree! I feel most like myself when I'm working on music and being creative. I don't think there's actually a drive to motivate me into writing or creating music, it's just something that happens naturally. Melodies or musical ideas are popping into my head all the time without any actual effort of searching for that, so I'd say it's just a practice that is lived and not necessarily something I need motivation for. Sounds strange, I know!

Local the Neighbour: One of the last albums I listened to was Know the Feeling by Halfnoise, which is the solo project of Paramore's drummer - Zac Farro. That guy definitely has inspired me to branch out beyond just being a drummer. I think it really gave me confidence that drummers can also make music and not just be involved through one instrument!

The other album is Jay Som's Anak Ko. She's super cool and another artist who produces her own music in her room. Melina (her real name) has just got such a great ear, and clearly has an understanding of the history of the artists who have paved the way for today's musicians. She's a great example of someone who is both creative and musically masterful at what they do! Hopefully I can endeavour to be like that one day.

But yeah, check out those albums from two amazing artists!

Local the Neighbour: My dream is to just be able to make music all day every day and create as much as possible. Whatever I need to do to get to that point, I'm willing to do it! I'm not going to lie, I really dislike the music industry in a lot of ways. Even though I've been in lectures taught by the likes of Scooter Braun and Steve Berman (who truly opened my eyes to how exciting the industry could be), I still think the business aspect kills a lot of the art and personal voice. It's extremely skewed towards a particular personality. In saying this I understand why the industry is the way it is and definitely know we need it in order to function smoothly. I guess this is a bit of a roundabout way of saying I'm only in the 'music industry' in order to achieve my personal goals.

Local the Neighbour: Halfnoise and Jay Som! I also love a producer in LA called John Congleton. That's probably a huge dream team there for me, but I'll put it out in the universe. Why not!

Local the Neighbour: There's a lot of freedom if you're willing to shut out all the outside opinions telling you what to do haha.

As a session musician (which is what most of my experience has been), you're fulfilling someone else's idea and vision. Obviously you're asked for input, but at the end of the day, you're a bit of a tradesperson there to get the job done! When you're the artist, you can basically do whatever you want and there's no one to answer to. If I wanted to play a show, and for half of it I'm juggling and playing the kazoo, I can make that happen! The downside is that you're putting your ideas on the line, so if things aren't received well, you're probably more likely to take it on personally as it's a direct reflection of your aesthetic and taste. If that doesn't bother you though, being an artist is the coolest thing ever I reckon.

Local the Neighbour: Depends on many things! Recently I've been frantically trying to finish my body of work and because I produce it all myself, it seems to take a lot longer compared to if I were to work with a producer. Mostly because I like to try lots of silly things for the fun of it and if you had another person there, they'd probably just say it's a waste of time and not let you do it haha.

Usually my days are made up of making music with people and playing drums for people. It's great! I also have a normal-ish job where I work for a music royalty agency. It's a pretty funny and enjoyable job to do and helps me have an activity that isn't in a dark, poorly lit room, with all my music gear. If you see me around, you can ask me about it. I'm basically a music cop, or robinhood - taking money from the rich and giving it to the poor struggling musicians (which includes myself) haha.