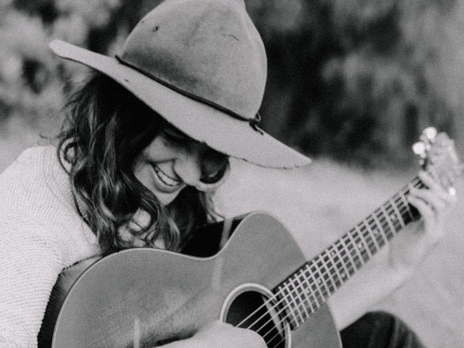 An anthem to the times we are living through, 'Nobody Knows' is the touching new single from indie- folk artist, Loren Kate. With her sublime voice resting on a soothing bed of guitar and stunning cello from Mel Robinson, Loren invites us to use our hearts as our compass as we navigate life in this age of uncertainty.

Continuing in the intimate and personal manner for which Loren is best known, Nobody Knows "is a song I wrote for my daughter. A song I hope will help her as she steers her way through unchartered waters. It's about the fragility of life, and the idea that none of us actually know what's around the corner, or what waits for us when we die. All we have is this moment right now, nothing else exists."

This captivating new song releases alongside a beautiful new music  video, directed and produced by Actor and Illustrator, Caitlin McDougall. Filmed and edited by Cinematographer, Benjamin Dowie and features Loren and her daughter in a spellbinding and deeply poetic reflection of the mother-daughter relationship. "It was such a powerful clip to make, to sing these words looking straight into my daughter's eyes was so poignant and beautiful. It was beautiful to see Caitlin's vision come to life in such a rich, evocative way. The whole team were such a dream to work with, though it didn't feel like we were working at all, it was more like we were sharing a deeply intimate moment and it was caught on camera!"

'Nobody Knows' is the title track to Loren's upcoming new album which is due out on June 10. Recorded and produced by Aria award and Golden Guitar award winner, Shane Nicholson, it's the perfect bookend to an album that weaves the common thread of interbeing, connectedness and her belief that we are simply the love we give and the love we receive. And the rest... Nobody Knows