Marlisa Stand By You 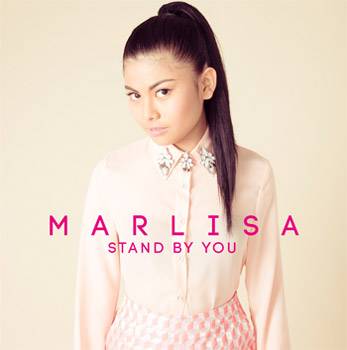 Marlisa Stand By You

Following on from the Seven Network announcement that MARLISA has taken out The X Factor title for 2014, Sony Music Entertainment Australia is pleased to announce that MARLISA'S debut single -Stand By You' is available to purchase through digital retailers now, Monday October 20th.

MARLISA will release her self-titled debut album on Friday November 7th, featuring re-recorded studio tracks of some of her incredible performances on the show including -Nothing Else Matters,' -Titanium' and -Girl On Fire,' as well as her winning single, -Stand By You.'

-Stand By You' was written by Australia's premium songwriting duo, Anthony Egizii and David Musumeci aka DNA Songs. The pair have written numerous multi-platinum singles including Grammy award winner and global superstar Ricky Martin's -Come With Me,' Jessica Mauboy's -Never Be The Same,' and last year's X Factor winner, Dami Im's -Alive' which debuted at #1 on the ARIA charts and achieved Gold sales in the first week of release.

Denis Handlin AM, Chairman & CEO Australia & New Zealand and President, Asia, Sony Music Entertainment, commented: 'The X Factor 2014 has once again uncovered exceptional talent from all over the country. Congratulations to Ian Hogg and his team at Fremantle Media Australia and to the Seven Network as well as to all the contestants for an incredible season. Marlisa has proven to be an extremely determined and highly entertaining contender since day one and I am excited that Sony Music will be releasing an album this November, showcasing the incredible journey that Marlisa has been on throughout the series."

Ian Hogg, CEO Fremantle Media Australia & Asia Pacific, says, 'This year we discovered some phenomenal artists on The X Factor and for Marlisa to rise to the top is testament to her talent and audience engagement. They now have the incredible fortune of having their career guided by Denis Handlin and his team at Sony. We wish them all the very best."

Marlisa was only 14 years old when she wowed the judges in her audition for The X Factor, performing The Beatles classic -Yesterday.' The Mt Druitt local who was the youngest contestant in the competition went on to deliver some of the greatest performances of the season, with a total of 3 hits ranking in the top 40 on the iTunes charts.

When asked about the win, Marlisa said, 'My X Factor Journey has been incredible because of the beautiful people around me. To my loving family, thank you for standing by me through thick and thin, you are my rock and my strength... Thank you also for the rare opportunity that Sony Music Entertainment presents to ordinary Australians like me starting a career in music. Thank you to Ronan Keating for believing in my ability and nurturing my talent, I have enjoyed every single day of working with you.  And to all my supporters, thank you for getting behind me every single week, for I will not be where I am today without your support."