Do you know who began the punk rock revolution?

What struggles Daniel Johns had to overcome to write the critically acclaimed 'Diorama'?

Or how the marvelous Finn brothers created the magic of 'Woodface', a release that stormed the UK's top ten album charts? 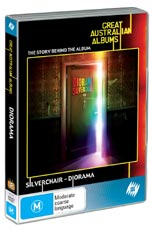 With 39 ARIA nominations and over 6 million albums sold around the world Silverchair are undoubtedly a hugely successful Australian band. One of their most celebrated albums is 'Diorama'.

The album entered the Australian charts at #1 in April 2002, it yielded the top 10 singles "The Greatest View", "Without You" and the top 20 hit "Luv Your Life", as well as favorites "After All These Years" and "Across the Night". The album received six ARIA awards including "Best Group" and "Best Rock Album".

For lead singer and songwriter Daniel Johns, Diorama was an artistic odyssey, written and recorded amidst the emotional and health issues that had plagued Johns since his teenage years when Silverchair first shot to stardom in a nationwide demo competition. The pressures of fame at such an early age presented problems for the gifted and introspective teenager, and eventually resulted in Daniel Johns developing anorexia. Johns rose to the occasion as an artist and began writing a range of personal and imaginative songs that would form their fourth album, Diorama.

He envisaged Diorama to be a hard rock album that sounded unlike any that had come before, working with dance music artist Paul Mac and incorporating a string section inspired by the Beach Boys' Pet Sounds. Johns battled the advice of the record company and the conventional wisdom of the music industry, as well as a debilitating attack of arthritis. He continued to follow his instincts and Diorama was released to critical acclaim and commercial success.

In this candid and revealing documentary, Daniel Johns tells us in his own words the journey of Silverchair and Diorama. Aided by fellow band members Ben Gillies and Chris Joannau, and interviewees Paul Mac, Matt Lovell, John Watson and Melissa Chenery among others, we discover the music of Diorama and the making of this deeply personal record that documents a journey through fame and depression, illness and creativity. 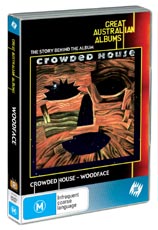 250,000 people gathered on the steps of Sydney Opera House to say goodbye to Crowded House, it was one of the biggest concerts in Australian history. Now excitement is building as the group prepares for their reunion tour, but their success hasn't come easily.

Crowded House are one of Australasia's most successful acts. However, when they came to record their third album in 1990, the group was on the verge of splitting apart. In desperation, singer and songwriter Neil Finn fell back on his brother Tim to help. Tim Finn had led the group Split Enz from New Zealand to the top of the Australian charts and invited Neil to join the group, only to be eclipsed by him.

The dynamic between the brothers had always been volatile. With that in mind, the brothers in two weeks composed a number of classic songs, and the result was Woodface. The album was considered a masterpiece but tensions in the group flared up to the point of mild violence and in the middle of a world tour, Tim was ousted from the band.

Now that the dust has settled Neil and Tim Finn discuss the struggles and creative process of the writing and recording of such Crowded House hits as "Weather With You", "Fall at Your Feet", "Chocolate Cake" and "Four Seasons in one Day" while Nick Seymour, Jimmy Barnes, Rob Hirst (Midnight Oil), Reg Mombasa and Pete O'Doherty (Mental as Anything) join us in the exploration of this unforgettable album. It also features Neil Finn revisiting the master tapes, uncovering secrets that have lain hidden for a decade or more, and performing a number of Woodface songs exclusively for this documentary. 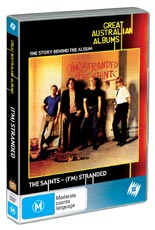 The Saints' single "(I'm) Stranded" burst out of Brisbane, Australia in 1976 as one of the landmark recordings in the punk rock revolution that changed music forever.

In the mid1970s, Queensland was under the thumb of a corrupt and politically repressive government, and the number one enemy of the state was young people. It was in this environment that singer Chris Bailey and guitarist Ed Keupper met and bonded over a love of music.

The Saints brand of loud rock was shunned by the local music industry so the group took it upon themselves to record their first single, (I'm) Stranded. They sent the record to media in the UK and within weeks, The Saints were the darlings of the international music press. EMI records in London signed the band the first time an Australian artist had been approached directly from overseas. The Saints recorded their debut LP (I'm) Stranded for EMI in two ear-shattering days. Within six months, the Saints were in London at the epicentre of the punk revolution.

The group's individualistic, Australian scepticism alienated them from the fashion-conscious punk rock scene and the band imploded in the UK. However, their legend has lived on and their legacy is Australia's independent music industry which grew directly out of The Saint's bold move. The extraordinary story of The Saints and making of (I'm) Stranded is retold by Saints' songwriters Chris Bailey, Ed Keupper and the musicians they inspired, among them Brad Shepherd (Hoodoo Gurus), Robert Forster (the Go Betweens), Damien Lovelock (Celibate Rifles) and Rob Younger (Radio Birdman). 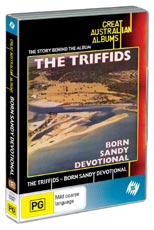 The Triffids were hailed by the British music media as "one of the most influential and important bands to come from Australia" and their 1985 album Born Sandy Devotional, has more than contributed to their legacy. Led by singer and songwriter David McComb, The Triffids formed in Perth in 1978 and soon relocated to London, achieving popularity throughout Europe and becoming the first Australian group to feature on the cover of New Musical Express.

On the album Born Sandy Devotional, McComb's literary and haunting songs reflected upon the sheer size of the Australian landscape, which in turn mirrored his complicated emotional life. The single Wide Open Road' was the group's first Top Ten hit and the album led to The Triffids being signed to a major label; but more than ten years of a nomadic existence were beginning to take their toll on McComb, who died in Melbourne in 1999.

This compelling and poignant documentary remembers the songs of David McComb and revisits the making of this classic album as told by former band members Rob McComb, Alsy MacDonald, Jill Birt and "Evil" Graham Lee. It also features interviews with musicians such as Steve Kilbey and Paul Kelly, who reinforce why The Guardian claims Born Sandy Devotional to be "one of the dozen greatest albums of all time".

Available through SBS stores or for stockists visit: www.madman.com.au