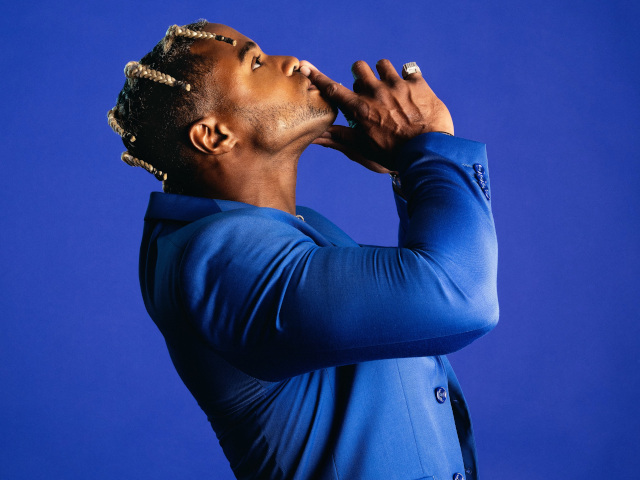 Justin Payne, also known as StaJe has been on quite the journey, a journey that for some would be deemed as too much, when the trials, obstacles and hard times are all but never ending, some perish, some turn back and others crumble under the pressure of life's darkest corners.

However, Justin Payne did the opposite. Born in Columbia, South Carolina, the artist has always had a knack for music. It was his early years that he credits to his initial exposure into music, his mother being a highly talented vocalist, StaJe reminisces on early moments spent in front of the TV with his mother singing to old classics together. A talented athlete also, the artist realized his true calling resided in his inner passion and drive for music, as such the artist had some tough and significantly life changing decisions to make. The main decision being to move away from everything he knew in search of his dreams and goals.

Justin left for the entertainment metropolis known as Los Angeles, a city scoped in history of darker stories and not just bright movie lights. The artist found out the hard way that this was not going to be an easy task by any stretch of the imagination. StaJe then ended up in Los Angeles's most unforgiving and soul destroying place of refuge, Skid Row. An unthinkable place for most people, Justin had nothing but a dream, he stayed there for months, miraculously finding food when he needed it. Living life day by day, pushing through the internal torment with a clear vision of one day, making it, one day becoming something, he refused to give up. Incredibly an old friend from Justin's college days had moved into town and the two reconnected, Justin was kindly given his sofa as a place to stay, then within a short time found a job. In a sudden and unbelievable turn of events Justin was finally in a better place. He exceeded in his job, whilst still keeping music as the centerpiece of focus. The artist was earning a good income which then enabled him the opportunity to focus on what was important. Music.

Opening up his own recording studio and Launching his record label Fam Entertainment, StaJe has many exciting plans when it comes to music. After releasing his Debut Single "Keisha" and landing #15 on the Top 150 Indi Global Billboard Charts and #54 on the Top 100 Global Billboard Charts a lot has changed for the former homeless man. Expanding his area of expertise to also support, nurture and grow upcoming talent, artists can most definitely learn a thing or two from StaJe. What's most impressive though is not just StaJe's musical talent but his undeniable and breathtaking story, that will inspire for generations.