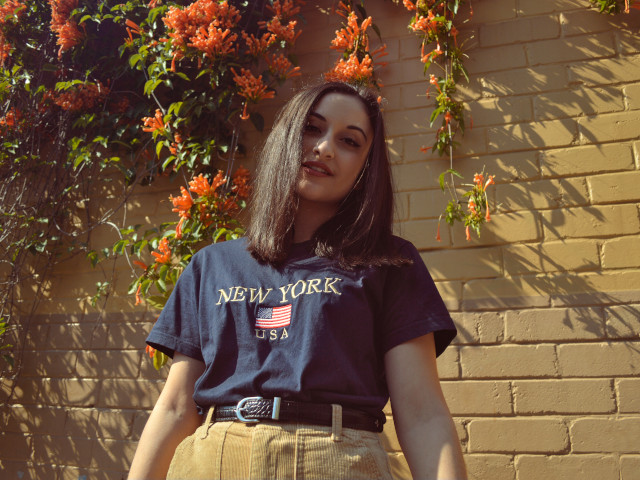 Sydney Singer/songwriter Abbey Lane has just revealed her debut single "Hypnotised," a track inspired by the Australian female indie/pop scene, drawing inspiration from the likes of Vera Blue, Eves Karydas and Nicole Millar when writing the music and lyrics.


"Hypnotised" expresses the idea of knowing someone so well, that you're able to open yourself up to them emotionally and physically. It's when you're so close to someone that you're able to let your guard down and be completely comfortable around them.

"I started writing hypnotised since I really wanted to write a song with an anti-chorus, so the rest of the song was created around that idea. It took heaps of experimenting with different lyrics and melodies before I eventually found the one that I loved," said Abbey.

Abbey Lane has been honing in on her electro-pop sound, recording new music including her debut release with ARIA producer Jackson Barclay. "When I started thinking about recording it, Jackson Barclay was the obvious choice for me. I knew Jackson from when I was 12 when he recorded my first ever demo for me, and he's since gone on to work with some of my major influences like Vera Blue. He really brought the song to life and I'm ecstatic with how it's turned out."

Abbey Lane is a 22 year old singer songwriter from Sydney. Her indie electronic-pop sounds have been developed over 10 years of musicianship, influenced by artists such as Vera Blue, Charlotte Lawrence and Eves Karydas.

Abbey has been evolving her craft, winning various national songwriting competitions since 2016. Over the past 3 years, she has been co-writing with acclaimed writers such as The Banton Brothers, Sycco, Yung Blu and Tenille Arts, as well as having her co-write picked up by the US National Hockey League for the Nashville Predators. She is also no stranger to the live music scene, having performed across NSW over the past 8 years featuring on lineups with Tyne JamesOrgan, Diesel, Polish Club and I Know Leopard.