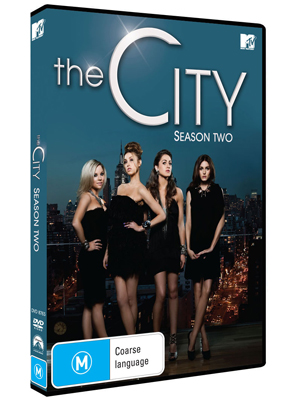 Whitney Port, Olivia Palermo, Roxy Olin and Erin Kaplan are back for the second and final season of The City. As Whitney's fashion career takes root, she is forced to make a choice between her friendships and her future. Meanwhile Olivia and Erin's feud at the offices of Elle Magazine has hit an all new low and Erin is forced to think that if the two can't work together then perhaps it is time to get rid of the bitch.

Review: Get ready for another fashion and bitchy fueled fight between Olivia Palermo and Erin Kaplan at Elle Magazine whilst Whitney Port's line, Whitney Eve, starts to take off with her Fall collection - but will she choose to give Roxy Olin another shot?
Once again The City Season Two is the ultimate indulgence with all the extras.