The One and Only The One and Only

The final title in the All About Eve series.

Eve has been sent away to school in Spain to keep her out of Luke's arms. Lonely without her, Luke turns to someone else...

But then Eve turns up, wanting to take their relationship to the next stage. She wants Luke to be her first. She thought she was Luke's one and only - he just wishes she was.... 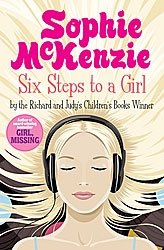 Six Steps to A Girl

Ever wondered how boys really operate?

Luke spots Eve at his dad's funeral. She's hot - and she's the perfect distraction from his messed up family life. There's only one problem - she's got a boyfriend and hasn't even noticed Luke exists.

Still, Luke's not going to give up that easily. When he meets Ryan at a party and hears about his six steps to guaranteed success with any girl, Luke determines to put them to the test.