Question: Your character is new to the Yogi Bear world. How does she fit in?

Anna Faris: I play Rachel Johnson. She's a wildlife documentarian, and she's come to Jellystone to film bears that talk, and she ends up falling in love with the park. She gets a little bit of a crush on Ranger Smith and ends up getting roped into helping to save the park.


Question: Does Ranger Smith have a first name?

Anna Faris: The names were funny in this film. It was Ranger Smith, Ranger Jones, Chief of Staff. I can't remember the mayor's last name, maybe just The Mayor, and then my character, Rachel. I think that because they're so iconic, that's all you need - just the title.


Question: Were you a fan or are you a fan of the animated Yogi Bear series? Did you watch it when you were growing up?

Anna Faris: I watched it all growing up. I loved it, although, honestly, I would get really frustrated with Yogi.

Anna Faris: He was always messing up and always stealing picnic baskets. I was always a little bit on the side of the Ranger; I was kind of a rule follower as a kid. I was really scared of getting into trouble. 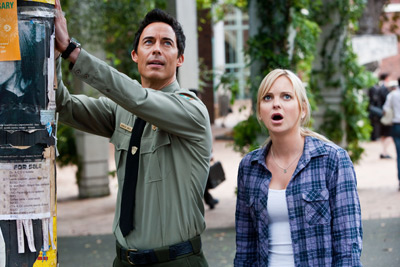 Question: The film has an environmental message. What do you want audiences to take away, especially kids?

Anna Faris: I hope that, if kids see this movie, it'll make them curious about our surroundings and nature. I hope that they'll want to go see mountains and go hiking and be in a forest and go have picnics with their families and maybe put away the video games for a minute and get outside. I think the first step in protecting our environment is appreciating our environment. If this movie inspires kids to have fun and play outside, I'd be really happy.


Question: There's a lot of interaction that you have with Yogi and Boo Boo physically, but obviously they weren't there. How was that to film?

Anna Faris: It was really challenging at times, because we would have to be reminded where they were, and they're huge. If we were doing a shot and the bears were in the shot, sometimes the director would say, "Cut," and tell me that I've just stepped on Boo Boo or something, and I would say, "Oh, no."

You always had to be really aware of where they were. After a while, you sort of fell in love with even them as imaginary creatures. When I finally got to see the movie and see the bears fully animated, I was so excited. They're so adorable. I just want to hug Yogi and ruffle Boo Boo. It was really exciting to see the end product.

Anna Faris: The great thing about my character, Rachel, and Ranger Smith is that we're certainly not obsessed with being cool in any way, and I like that we're not caught up in the modern pace of life. It is a little bit like we're living in a slightly different time or at least a different world. I think that's really fun to see and refreshing.

Yogi has always relied on his quick wit and fast feet to stay one step ahead of irate campers while dodging his long-suffering nemesis, Ranger Smith. But he and Boo Boo are about to face a situation worse than anything Yogi has ever gotten them into...

Jellystone Park is being sold!

To cover his mismanagement of city funds and fuel his election campaign, Mayor Brown plans to sell the park to loggers. Families will no longer be able to experience the natural beauty of the outdoors Jellystone has always provided--and, even worse, Yogi, Boo Boo, and all their friends will be tossed out of the only home they've ever known. Faced with his biggest challenge ever, Yogi must prove he really is "smarter than the average bear," as he and Boo Boo join forces with Ranger Smith to find a way to save the park from closing forever. 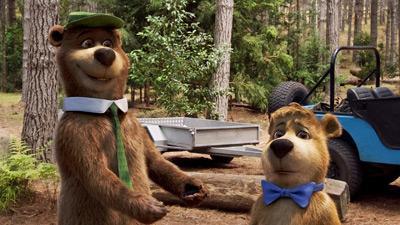 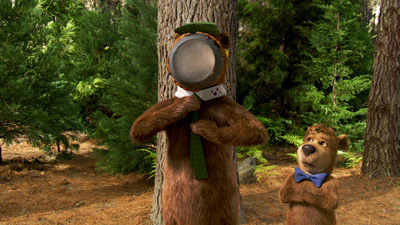