Hylton Shaw and Samantha Dinning No Time For Quiet Interview 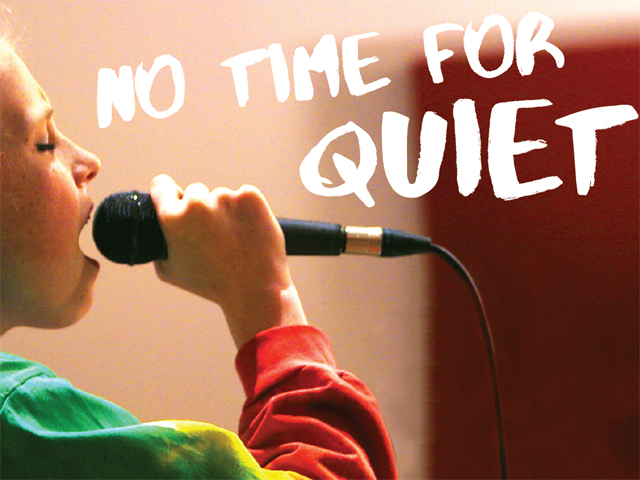 No Time for Quiet

Synopsis: Struggling to establish a sense of belonging and identity, a group of teenagers find their voice through a unique rock 'n' roll community.

During a long hot summer, 40 girls and gender diverse youth aged 10 to 17 converge in Brunswick for the inaugural week-long Girls Rock! Melbourne Camp. Greeting them are a host of dedicated volunteers - local female rock legends and punked up teachers, all keen to empower each of the participants through rock 'n' roll. Over the course of the week, and months after camp, we follow four participants as they struggle to find their sense of belonging and identity through music. 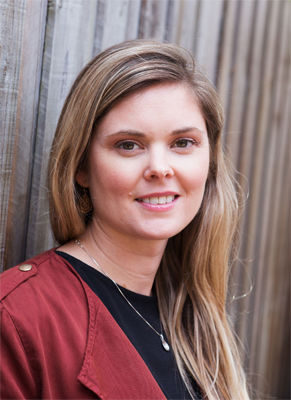 Question: What inspired the idea of No Time for Quiet?

Hylton Shaw and Samantha Dinning: The idea for No Time for Quiet was sparked by an article we read about the first Girls Rock! Camp to be held in Canberra in 2016. We delved a bit deeper and realised the camps were a worldwide, DIY, grassroots, phenomenon. Moreover, some of our music idols - Carrie Brownstein and Beth Ditto - were involved early on when the first ever camps were organised in Portland, Oregon in 2001. Why wasn't this around when we were younger, we asked ourselves? Stuck in Brisbane and rural Victoria it would have enabled us to become the rock goddesses we so desperately wanted to be. Upon deeper reflection, attending something like Girls Rock! would have helped us find our own voices and feel comfortable with our identities much earlier on in life.


Question: How did you go about finding the girls to participate in No Time for Quiet?

Hylton Shaw and Samantha Dinning: We had a pre-camp 'casting plan' which pretty much went out the window once camp started. We intuitively and naturally gravitated towards the girls and gender-non-conforming young people that we could see had a story to tell and who were going to benefit greatly from just being at the camp. By day three of the camp, we really had a good sense of who are characters were going to be. For the rest of the camp it helped us refine our shooting plan, so that we didn't need to be covering all aspects of the camp all the time.


Question: Where was No Time for Quiet filmed?

Hylton Shaw and Samantha Dinning: Mostly where the camp was held in Brunswick, Victoria, it was also filmed at the homes of the young people.


Question: How important are camps like this for Australian females?

Hylton Shaw and Samantha Dinning: Super important; there is still a huge amount of gender inequality in the music industry in Australia. Girls Rock! aim to address this inequality through education and positive mentorship through various activities throughout the camp enabling the participants go forth and feel confident in their musical abilities and aspirations. It is also really important for young female, trans or gender diverse people to have mentors and facilitators who they can work with and learn from in a really supportive and inclusive environment.


Question: What did you learn about yourself whilst filming for No Time for Quiet?

Hylton Shaw and Samantha Dinning: A lot, we both realised that if we had attended a camp like this and had similar female role models as teenagers our lives may well have been different. We learnt a lot about the power of community – it's an incredible force that can do much good. We also learnt that if you work hard and put your mind to it you can achieve what you want to (like a completed feature film!) 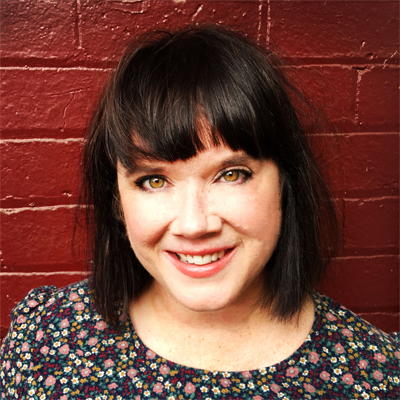 Question: What message do you hope No Time for Quiet spreads to Australians?

Hylton Shaw and Samantha Dinning: I think for us, the film provides a window into what it's like to be a girl or gender diverse teenager in Australia today. We hope that when people view the film, they gain a sense of empathy, compassion and understanding - particularly for those that identify as gender diverse. We hope that we have demonstrated that safe spaces for girls to create and speak up are needed for them to thrive and be empowered – whether it's through music making or otherwise.


Question: How did music help you find your own identity?

Hylton Shaw and Samantha Dinning: Growing up in the 90's the advent of indie music was really an escape to another world and allowed you to think beyond the confines of your limited little bubble. I think song lyrics were really important in showing us how you can express yourself and that there are other people who might have the same thoughts and feelings as you out there.

Hylton Shaw and Samantha Dinning: We have a number of other documentary projects on the boil, which are coincidently mostly music related, as well as some TV series and feature dramas in development.