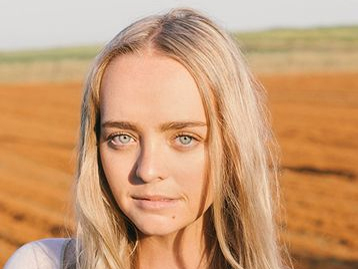 Ever been interrupted by an interdimensional force of evil whilst on the toilet?

A horror-comedy series that parodies the clichés and techniques typically found in the horror genre.

Ever been interrupted by an interdimensional force of evil whilst on the toilet? Or had to take responsibility of a possessed doll when you haven't even mastered personal responsibility? Had to distance yourself from a clingy demon spirit in the form of a clown? Isaac and Ned have, and they're not overly thrilled about it.

Cursed is a horror-comedy series that parodies the clichés and techniques typically found in the horror genre, similar in style to Shawn of the Dead. Shot with the intention of an online release, Cursed draws influence and satirises such horror films as The Conjuring, IT, The NUN, and Annabelle.

The story follows Isaac (Kyle McCallion), who releases a curse on himself after fiddling with a Ouija Board one drunken night. Through each episode, he and his useless housemate Ned (Omar Al-Sobky) must deal with countless paranormal hauntings whilst managing their daily mundane lives.

The show was born out of my amusement when watching various horror movies and placing myself in scenes, begging the question, what would I do if faced with different entities of evil?" creator and writer Connor Fairclough says. 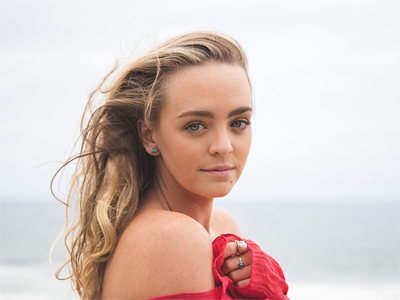 Connor reunites his "Head Above Water" cast that can be seen on Channel 9 and Stan, including Elliot Loney who plays 'Perry' an unassuming but aspirational entity and Neel Kolhatkar who plays "Charles D" a pompous real estate agents assistant.

Question: How would you describe Cursed?


Question: What originally attracted you to the project?

Cleo Massey: Well, initially I knew there was a great production team putting it all together and then I read the script and I loved the subtle, quick and awkward humour that it held. When I was asked to audition, I was also given total improvisation control, which made me love Emma and the whole script even more!


Question: Can you tell us about your character, Emma?

Cleo Massey: Emma is a little lost, and she thinks she will be happy or complete when she has someone to take care of her. But really, she needs to become happy within herself first. She can be a little feisty, and often puts herself above others, however has a soft side where she admires people who are kind and confident within themselves - something she wants to be but never has been! Emma is quite to the point; she doesn't have time to muck around and will let you know when you're wasting her time.


Question: How are you similar to the character of Emma?

Cleo Massey: I can be feisty when I'm hungry… 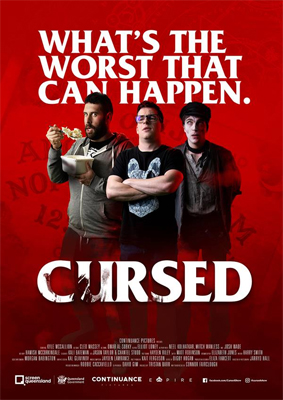 Question: What preparation did you do, prior to beginning filming?

Cleo Massey: I just read over and over the script. I think it's really important to understand a script back to front before stepping on set. I also made sure I understood every characters motivation, not just mine. It helps so much with a performance when you understand how other characters are feeling or what they're doing, because in real life, it's natural to know this information about the people around you!


Question: What was the best part about being on set for Cursed?


Question: What inspired your passion for acting?

Cleo Massey: My first role of 'Kim Sertori' on H20 Just Add Water. I was only 11 when I got the role, and I then filmed that show for four years. It was such an incredible time and I knew I wanted to do it for the rest of my life.


Question: When will we see Cursed on Australian screens?

Cleo Massey: I'm filming a series called Interface in 2019, and hopefully moving forward with season 2 of Stage Mums, which is a series I was in on Network Ten. I have my visa for the States so am always back and forth for auditions, meetings and writing sessions, so hopefully another trip there! I'm going to keep writing - I have written my own comedic feature film along with an Australian series! I also have a blog, Pass Around the Smile which is all about positivity, Law of Attraction, manifesting, meditating etc. I also started Pass Around the Smile events, basically a night out where I talk all things positive to the audience!