The fantastic fifth series of the highly popular Beast Quest is release in October 2009.

In the realm of Gwildor, the Mistress of the Beasts is under a curse, and her ferocious Beasts are destroying the land. Tom vows to break the spell, but when deadly Krabb ambushes his boat, it looks like the Quest may already be over...

The latest series of Beast Quest are as gripping and exciting as a computer game! Great for boys or anyone who wants to fight the beasts and experience the magic! 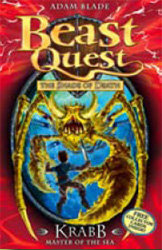 25. Beast Quest: Krabb Master of the Sea
In the realm of Gwildor, the Mistress of the Beasts is under a curse, and her ferocious Beasts are destroying the land. Tom vows to break the spell, but when deadly Krabb ambushes his boat, i t looks like the Quest may already be over.... 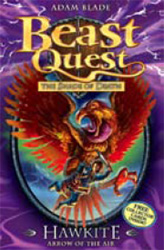 26. Beast Quest: Hawkite Arrow of the Air
Fearsome Hawkite has destroyed the crops of Gildor and the people are starving. Tom must stop their suffering and free the Mistress of the Beasts. But can he convince the hostile villagers he is there to help -and how will he fight a Beast in the air? 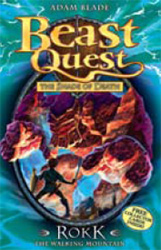 27. Beast Quest: Rokk The Walking Mountain
Tom is on a Quest to free the Mistress of the Beasts from an evil curse. But when he arrives in a mountain town devastated by terrible rockfalls, he realises the destruction has been c au se by a Beast as powerful as the mountin itself... 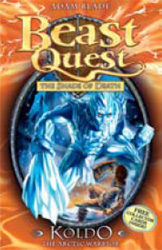 28. Beast Quest: Koldo The Ice Warrior
Gwildor's arctic people have cruelly imprisoned Koldo the Artic Warrior. Koldo is a good Beast who wants to protect the land, so Tom sets about freeing him. But the shocking arrival of Freya, Mistress of the Beasts, brings a new and terrible danger.... 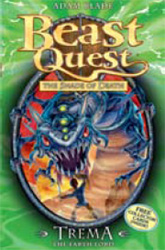 29. Beast Quest: Trema The Earth Lord
Fearsome Trema lurks in the bowels of the earth, only emerging to feast on his prey. If Tom is to defeat the Beast and lift the curse on Freya, the Mistress of the Beasts, he has no choice but to brave the underworld. But a terrible shock is waiting for him above ground.... 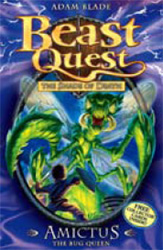 30. Beast Quest: Amictus The Bug Queen
Tom's Quest to free the Mistress of the Beasts brings him to a sweltering jungle. There he must defeat cunning Amictus. But what chance does Tome have agains the Beast's incredible speed? And what is the secret his father and Wizard Aduro are keeping from him?


Over two million Beast Quest books have been sold since publication in July 2007.