Britney has received bad press recently for lip-synching her way through the worldwide Circus tour, but that clearly is something that fans of Britney were very clear about before purchasing their tickets. Looking around the sell out concert all I could see were grinning fans who have been waiting for Britney to arrive since she launched onto radio stations with 'Baby, One More Time' more than ten years ago.

The first of four Melbourne concerts on the 11th of November was nothing short of spectacular. Britney showed she was a performer and her tour is a truly a 'Circus'.

The 'Britney Circus' is a whirl of lights, special effects, clowns, magicians, hula-hoopers, acrobatics, aerial gymnasts, martial art displays and a woman without legs who climbs from her wheelchair to perform astonishing jumps on the trampoline! The ringleader, Britney is also accompanied by high energy back up dancers throughout her performance.

Regardless of where you were seated, Melbourne fans were able to see the whole show via large screens that surrounded the stage; which was located in the middle of Rod Laver Arena. I even believe Perez Hilton may have starred as 'The Queen' in the video which started the performance.

The tour was for true Britney fans - Spears appeared fresh, controlled and happy throughout the entire show, wowing crowds with dazzling bikinis and dresses covered in bling! The music and the circus atmosphere made a brilliant concert. Worth the average, $100-$200, ticket price.

Britney played hits from her latest album Circus; such as Radar, If U Seek Amy, Freak Show, Circus and Break the Ice. Audiences were delighted when Me Against the Music was performed in a Bollywood theme and she sang the ballad Everytime. Spears incorporated classic hits; Do Something, Slave for You, Toxic, Baby One More Time and Womanizer- plus many more hits throughout the show.

Touring through Europe and Australia with Britney is Aussie DJ, Havana Brown. Brown had the sell out crowds dancing throughout her set showing why she was chosen by Spears' manager, who is also her father, to open the tour. Havana Brown is a true Aussie girl proving that we are capable of wowing audiences with our amazing music abilities.

Honestly, the Britney Spears concert was the best Circus I have ever been too; amazing entertainment as well as excellent music! 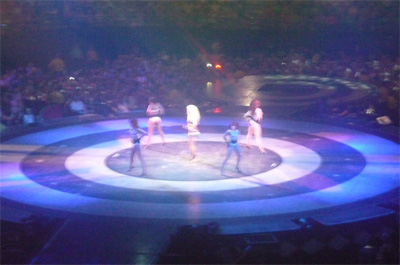 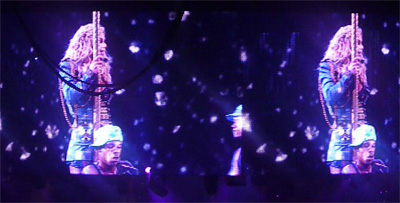