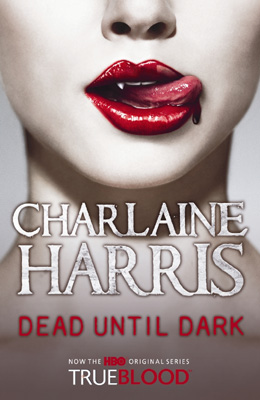 True Blood is the television drama series based on the Sookie Stackhouse series by Charlaine Harris. The show takes place in Bon Temps, a fiction town in Louisiana, where vampires and humans live together. Similar to the books, Sookie Stackhouse (Anna Paquin), falls in love with vampire, Bill Compton. Season three of True Blood screens on Showcase in August 2010.

The Sookie Stackhouse books are: Dead Until Dark; Living Dead in Dallas; Club Dead; Dead to the World; Dead as a Doornail; Definitely Dead; All Together Dead, From Dead to Worse and Dead and Gone.

Dead in the Family, the eagerly awaited tenth book in the Sookie Stackhouse series.

If you think your family is complicated, think again: you haven't seen anything like those in Bon Temps, Louisiana. Sookie Stackhouse is dealing with a whole host of family problems, from her own kin (a non-human fairy and a telepathic second cousin) demanding a place in her life, to her lover Eric's vampire sire, an ancient being who arrives with Eric's 'brother' in tow at a most inopportune moment. All while Sookie is busy tracking down a distant relation of her ailing neighbour (and ex), vampire Bill Compton.

Add to this the fact that the werewolf pack of Shreveport has asked Sookie for a special favour and, since Sookie is an obliging young woman, she agrees. But this favour for the wolves has dire consequences for Sookie, who is still recovering from the trauma of her abduction during the Fairy War.

Dead Until Dark
Released in May 2010
Gollancz Publishers
Price: $29.95 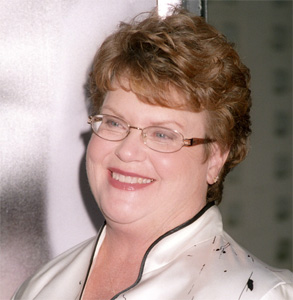 Charlaine Harris has been a published novelist for more than 25 years. A native of the Mississippi Delta, she grew up in the middle of a cotton field; now she lives in Arkansas. Though her early output consisted largely of ghost stories, Charlaine was writing poetry and plays by the time she hit college.

Are you excited about coming to Australia for the Hub Production's True Blood events?


The Sookie Stackhouse series has become an international phenomenon; did you expect this kind of success?

Charlaine Harris: Half of this would have been enough. But I'm loving it, of course.


Is it hard being compared to other authors in the vampire/romance genre?

Charlaine Harris: Yes, it is. I like to think my books stand on their own merits. But we all feel that way, and comparisons are inevitable.


How did you develop the series and where did your ideas come from?

Charlaine Harris: I wanted to write about a woman who was dating a vampire. The whole series arose from that key premise. I built the world bit by bit. Of course, my ideas came from all over, since I wanted the world to turn out a certain way.


Is Sookie or any of the other characters in the books based on anyone you know?

Charlaine Harris: No whole character is based on a whole person. I take snippets that may be handy, because writers are great at noticing things.


How much of your inspiration for the series comes from people around you?

Charlaine Harris: I don't really trust the word 'inspiration.' Of course I use traits of the people around me, but inspiration is driven by the desire to write.


W hat was the best thing about writing the Sookie Stackhouse books?

Charlaine Harris: The fun of making up new things every day. The fun of creating a whole world of my own.


Was it a surprise to you when the series was made into the television program, True Blood?

Charlaine Harris: No, I'd had other offers for the books. Alan Ball's was the most interesting, creatively. Maybe I was surprised that the series finally made it to the screen. Most options lapse without anything being done with the material.


In your opinion why isn't the show true to the book series?

Charlaine Harris: The screen has different demands than the printed word. The books are in the first person, so everything is from Sookie's point of view. A TV show can't be filmed that way. Anna needs a break! So the writers of the show explore the other characters. I think the show is true to the books in spirit.


Tell us about Dead in the Family?

Charlaine Harris: Sookie's healing from her misadventures in Dead and Gone, Eric's maker comes to town . . . all the issues explored are family issues.

True Blood events
Charlaine Harris will be a guest at the Hub Production's True Blood events in Sydney and Melbourne on the 25th and 26th of September.
www.thehubproductions.com/events