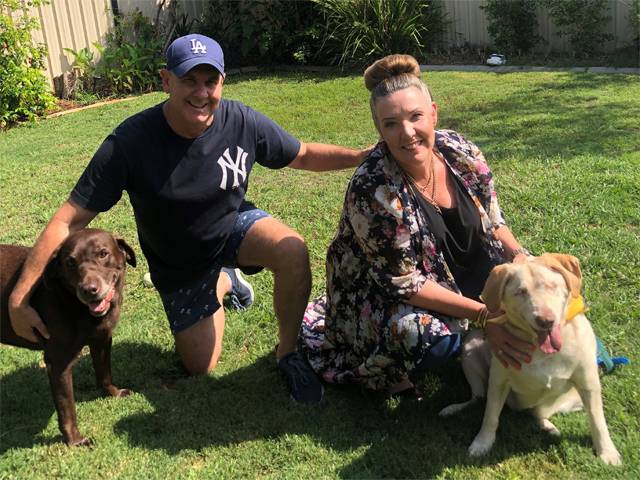 In 2019, Dumpling was abandoned at a pound after being used as a backyard breeding dog who was blind, ten years old and almost 50kg. Labrador Rescue took her in, where she was looked after by her foster carer, Ashleigh Murphy from Petbarn Arundel.

Ashleigh brought Dumpling to Greencross Vets Helensvale where local veterinarian, Dr Peter Theron, discovered a lot of pressure behind both of Dumpling's eyes which was causing her a lot of pain. Both Greencross Vets and Labrador Rescue decided the best option was to remove both eyes so Dumpling could have a pain-free second chance.

Dumpling has since recovered, losing a whopping 13kg, and was listed for adoption on Labrador Rescue's Facebook page to find her fur-ever home – the post received over 100 comments within the first hour! In fact, she's become somewhat of a social media star on the Labrador Rescue Facebook page, which you can have a look at here.

Ten Petbarn stores across the Gold Coast raised money towards Petbarn Foundation's annual Tree of Hope fundraising appeal, with a quarter (25%) of the proceeds donated to Labrador Rescue, covering all of Dumpling's vet costs including eye surgery.