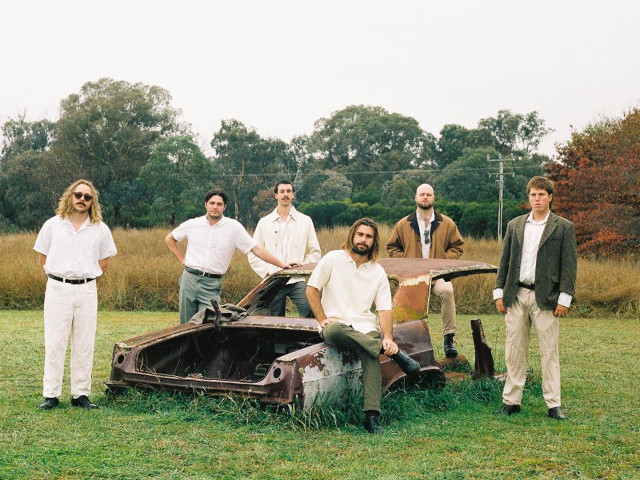 The band talk about the inspiration behind 'Pretty Boys':
"'Pretty Boys' is our reflection on narcissists and their impact on those around them. It quietly frowns at those who continually seek to benefit themselves at the expense of others. By going after these people, we hope to motivate ourselves and others to interact with one another in more healthy ways and, ultimately, create awareness through our music and shows."

The accompanying music video was shot across Sydney and Wollongong by director Nicholas Isaksson, with assistance from James Mort and Teel Studios (ABC's The Sound, Debbies, ONEFOUR). The clip portrays the narcissistic stereotype through the lens of two protagonists. The band explains, ''their relationship throughout the film highlights the ups and downs that many people have with partners, friends and family. We see that these events shouldn't define us nor stop us from moving on with our lives. The film clip inspired the meaning and the lyrics of the track. Nicholas came to us with the storyline, and then we wrote the song; usually, it's the other way round. This was a challenge when it came to re-writing the song in the studio and keeping the message coherent."

To coincide with the release, the band will head out on two East Coast tours with Shag Rock and British India. This continues on from sold-out multiple headline shows and supporting crowd favourites MALLRAT, Hockey Dad, The Vanns, Teen Jesus and The Jean Teasers, Boo Seeka and The Babe Rainbow. They have also performed at Australian boutique festivals Party in the Paddock, Sweaty Palms, FKA Festival and Garden Party.