The Lord of the Rings: Return of the King Special Edition 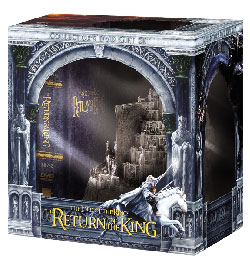 THE 11-TIME ACADEMY AWARD-WINNING CONCLUSION TO THE LORD OF THE RINGS
THE RETURN OF THE KING: