STUFF is a new purpose-driven personal care brand that keeps things simple for men. Do you need stuff for the shower? For your face? How about your hair, pits and, ah, other bits? Then this is your lucky day because STUFF has you sorted.

STUFF Founder and CEO Hunter Johnson coined the idea four years ago, when he was sitting in a Melbourne café with his best mate reminiscing about brands they grew up with. "The only ads for men we could recall featured guys spraying themselves with excessive amounts of chemical-ridden deodorant, causing flocks of gorgeous women to chase after them...and that despite using the same deodorants since we were 13, neither of us had been chased once."

Unlike so many men's brands, STUFF doesn't dine out on chiselled abs and power suits, or any of the outdated toxic stereotypes. Instead, STUFF offers men the opportunity to align with a modern brand and movement that actually reflects them and their values. The product range is similarly designed to be honest, approachable, and a bit cheeky - you won't find any weird ingredients or 10-step routines.

"It's a confusing time to be a man and we want STUFF to support men as they navigate a new era of masculinity," explains Johnson, who is well-placed to lead the charge given his parallel experience as Founder and CEO of The Man Cave, a leading emotional intelligence charity for young men that has been endorsed by The Royal Family. The Man Cave is also a major shareholder in STUFF.

"We know that suicide is the country's leading cause of death for guys aged under 45; one in five boys will experience mental illness before the age of 18; and family violence kills at least one woman every week. We believe this is preventable if we invest in initiatives that allow men to break free of limiting constructs and express themselves more freely. Consumer brands shape culture, and there is a huge opportunity for STUFF to help tackle the escalating crisis around masculinity. It is urgent that we find new ways to do so." 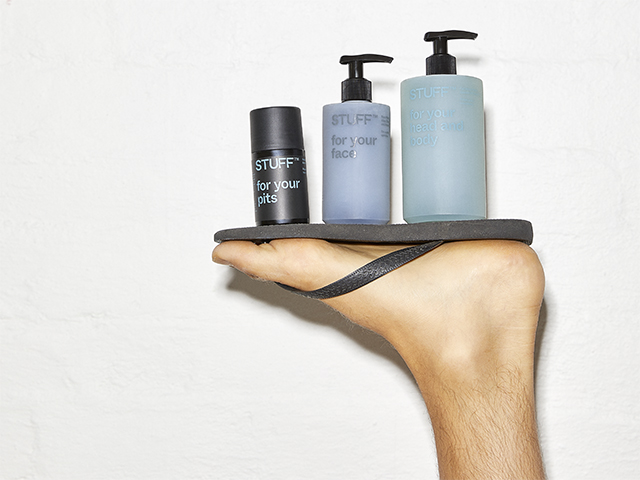