It all began with a mysterious letter being left at a little bookstore for authors Tony Diterlizzi and Holly Black. the letter's closing lines:"We just want people to know about this. The stuff that has happened to us could happen to anyone."

Little could they imagine the remarkable adventure that awaited them as they followed Jared, Simon and Mallory Grace with a strange old book into a world filled with elves, goblins, dwarves, trolls and a fantastical menagerie of other creatures.

To celebrate the movie, Simon & Schuster are re-releasing the original series in movie tie-in editions as well as an Official Movie Companion, Movie storybook plus a variety of sticker and activity books.

Get ready to enter a world you never knew existed.... it's closer than you think.

Holly Black is a bestselling author of contemporary fantasy novels for children and teens. She has written several novels including 'Tithe: A Modern Faerie Tale', 'Valiant' and 'Ironside'. Holly collaborated with her long time friend Tony Diterlizzi to create the best-selling Spiderwick Chronicles. Holly lives in a Tudor Revival house in Massachusetts with her husband Theo and an ever expanding collection of books.

Tony Diterlzzi was born into an artistic household and grew up in Southern Florida. During his childhood he was introduced to the works of Norman Rockwell, Arthur Rackham, Dr. Seuss, Roald Dahl and Jim Henson all of whom inspired him and became major creative influences. Tony attended art school and began his career working as a freelancer on Dungeons and Dragons and after seven successful years as a gaming and fantasy artist, Tony went on to write and illustrate his first novel 'Jimmy Zangwow's Out of this World Mood Pie'. Tony Diterlizzi has written several books and is an acclaimed illustrator. 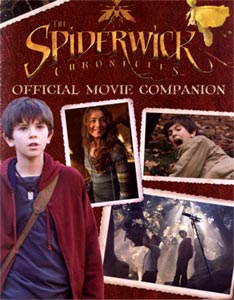