Thrilling multi-instrumentalist and producer, Perth's Ukiyo returns with his entrancing new single Good Enough featuring Maribelle - a modest change of pace from the lofi electronic records of his Mixtape series, Ukiyo has produced a sensational blend of ambient indie-tronica and synth-driven future pop. The track is perfectly complemented by a hypnotic video that will take the viewer on a mesmerising journey into a ravaged world, where the video seeks to compare a doomed relationship within the lyrics of the song to the state of the Earth – exploring the daunting idea of humans doing the bare minimum to get by – taking on the 'good enough' attitude.

Inspired by artists like Mac Miller, Porter Robinson and Bonobo, Good Enough is a synth-laden masterpiece with a bouncing melody, and offers an uplifting take on a relationship that is going nowhere. Maribelle croons in that lively, soulful vocal she's best known for - "Falling out of love. If we give it up, give it up. At least we know that this was good enough."

Offering insight into the song, Ukiyo says, "For me, Good Enough is all about being happy with what you have. I'm a person that struggles to keep my mind away from thinking about what 'could've' or 'should've' instead of focusing on reality. This track came about at a time that was very much a turning point for me with how I chose to view the world. I think it's an important message for people to hear, especially in a time like now."

Working with production company Blacklake who have made clips for OTR, Shallou, Martin Garrix and more, Ukiyo explains how the video for Good Enough came about, saying, "Some of the most common things I hear about my music is it's a great soundtrack for travelling & adventuring. I guess that makes a lot of sense with all the vlogs and videos I've seen it combined with. At its core I think those two things represent movement & escape, which is what this video and the ones that come after represent. It's pretty difficult to make a conventional music video in the current times, but the situation has opened my eyes to things I might not have usually tried. I had some basic concepts I knew I wanted to explore in the videos which I took to Blacklake and they made them a hundred times cooler."

This is a 23 year old with a clear vision for his art, and an impressive host of accolades to hang his hat on. Will Smith and Casey Neistat borrow his songs for vlogs, US pop star Pharrell Williams and Dutch DJ Martin Garrix added him to their playlists - it's promotion that money can't buy and thanks to some big name fans, Perth's own Timothy Arnott has amassed near on 30 million streams, and landed syncs with big brands like American Eagle, Ripcurl, Microsoft, Volkswagon, HBO and Netflix for the relatively small handful of electronic songs he's released under his Ukiyo moniker.

And with his LP completed and set for release later this year, Ukiyo drops some exciting info on exactly why we should be prepping ourselves for a killer debut album, enthusing, "I'm absolutely in love with the Australian music scene, so in the unique position I'm in as a producer, I knew I wanted my album to be a showcase of some of the incredible talent we've got here. These singles and the album are as Australian as it gets with production (obviously), and all features, mixing, mastering and artwork all done by Aussies."

Ukiyo's decision to release his tunes despite Covid-19 wreaking havoc on the global music industry was a no brainer, explaining, "There were talks within my team about delaying this music because of the virus and I've seen so much of that happening, but I think it's times like these where we need music to help us through. All the tracks on this album were made at times when I was by myself. I find it's the only way I can make what I perceive as a 'Ukiyo' song, so I think it's a little poetic that a lot of people are going to be stuck listening to it by themselves too."

Tim Arnott : Hey, thanks for having me! At its essence, I'd describe my music as music for movement. Whether it's setting off on an adventure, or trying to escape from something getting you down, I want my music to help take you there. 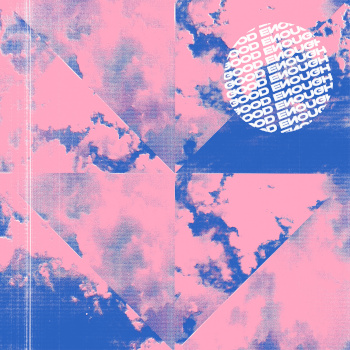 Question: Can you tell us about Good enough?

Tim Arnott : Good Enough came about at a time when I was putting a lot of energy into changing my mindset for the better. I'm very much a person who struggles with comparing myself to others and the "what ifs" than focusing on what I have. It's a double edged sword because it's helped me get to where I am today but it's also an exhausting thing to be constantly fighting against, especially in music.


Question: How was working with Maribelle?

Tim Arnott : Effortless! To the point where there's not even a lot to say about the track. I sent her a message with the track and she just instantly understood what it needed and what I was trying to do with it. I'd never actually met her at that point and she was in Perth that night so I headed up to the show she was playing at and we got to know each other from there.

Tim Arnott : It's a weird time for me at the moment, when I wrote this track I was focusing on being happy with what I had, and I think that's an important message in general, but recently it's become very hard to not be aware of the inequality that's affecting a big chunk of our fellow human beings. I hope everyone does what they can to help, even if that's just doing some research and staying informed, and I hope my music can bring a little bit of happiness in these difficult times.

Tim Arnott : They're hard to compare, but recording will always be what's in my heart. The thrill of creating something out of nothing is what started my obsession with music years and years ago now and it's something that just can't be matched. I definitely feel a similar feeling when I'm up on stage witnessing people hearing my music for the first time but there's still a lot of anxiety that goes with that side of the music for me.

Tim Arnott : My favourite so far has been 'Kaleidoscope'. Something about that song always just seems to work incredibly well. There's a bridge that comes in halfway where I'm doing a whole bunch of things all at once and recently I've been playing an extended version where it transforms into something else entirely. Just a lot of fun every time!

Tim Arnott : Of course! Unfortunately the original plan to be playing shows across America & Canada right now went out the window a while ago, but I'm hopeful that we'll be able to get the show up and running sometime soon! I've been hard at work building a show around all the new music and I love previewing unreleased stuff at the shows so hopefully it'll be safe to be back on the road before it's all out everywhere.

Tim Arnott : I'm a big lover of movie soundtracks so when I'm writing music it's more about creating music that compliments what I'm doing or how I'm feeling than just trying to write about it. Writing what I consider a Ukiyo song is all about being alone and reflecting or experiencing something new. I'll often take my laptop out on a random adventure to the bush or a secluded beach to find something small that inspires.

Tim Arnott : I've been listening to a lot of Tame Impala & Madeon's new albums, both which blow my mind. When I'm not listening to an album I'll usually put on music by some of my incredibly talented Aussie friends including Ninajirachi, will hyde, Rando, Odd Mob, Just a Gent, Calibr, DVNA, Just a Gent. There's too many to list!

Tim Arnott : Originally I wanted to be a movie director but back in the day all I had was a Windows 95 PC and not really any friends that were interested in that kind of stuff, so kind of by accident I stumbled onto music through one of Nutrigrain's famous music making CDs and Garageband which was luckily pre-installed on my first laptop. As soon as I realised how much I could do all by myself I was completely hooked and knew I wanted to do it for life.

Tim Arnott : I'd really love to work with Donald Glover/Childish Gambino, he's such a genuine person and incredibly talented at everything he tries and I'm completely obsessed with him at the moment while I'm rewatching Community.

Tim Arnott : Probably how I deal with my own expectations on myself. I'm very much a micromanager and that extends to myself as well. It's hard for me to impress myself but I try!

Tim Arnott : A day of writing usually starts with eggs and a coffee, a bit of sample searching and sound design in the morning, usually a walk or a run around midday and back to writing. If I'm not feeling it I'll find something else to do for the day, I never want music making to feel like a chore. If I'm feeling it though I'll be at it for hours and usually missing a bunch of meals in the process.

Tim Arnott : It's certainly been nice being my own boss and not having to do the 9-5, that lifestyle was never something that made me happy. As I've grown though the most satisfying thing by far though is the connections I've made both professionally and with my audience. There's no better feeling than hearing you've touched someone else's life for the better.

Tim Arnott : A lot of music this year! And fingers crossed a tour sometime soon as well. At the moment I'm flat out making sure I'm ready for everything this year and working out what the next chapter of Ukiyo is going to look and sound like.