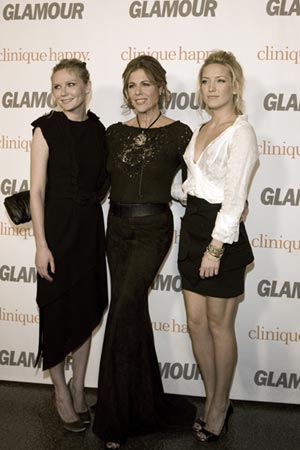 The Glamour Reel Moments Presented by Clinique Happy premiere was held at the Directors Guild of America on October 9th 2007. In conjunction with Clinique, Glamour magazine produced the series of three short films based on real women's stories written by Glamour readers. Each year the short film program benefits FilmAid International, an organisation that uses the power of film to promote health, strengthen communities and enrich the lives of women around the world.

The films originate from Glamour readers' real stories and feature leading Hollywood actresses directing films for the first time. The series includes three short films presented by Clinique to be released in October 2007.

Glamour Reel Moments gives women who are usually in front of the camera a chance to get behind the lens while telling real-life stories of "happiness" in all its myriad forms. Films included: