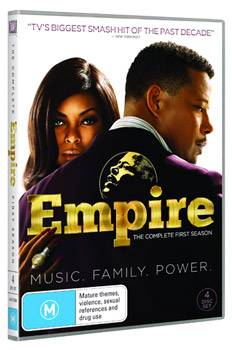 Set within a world of music, glamour, danger and power, Empire is about a family dynasty that follows the head of a music empire whose three sons and ex-wife all battle for his throne. After music mogul Lucious Lyon (Academy Award ® Nominee Terrence Howard) is diagnosed with a potentially fatal disease, he must choose which of his three sons will succeed him at the legendary Empire Entertainment. The game changes when his ex-wife Cookie (Academy Award® Nominee Taraji P. Henson) returns from prison where she's been for almost two decades. Brash and fearless, she sees herself as the sacrificial lamb who built an empire with Lucious and then took the fall for running the drugs that financed Lucious' early career. As the Lyons slug it out, a battle begins that will either cause the family's destruction or redemption. 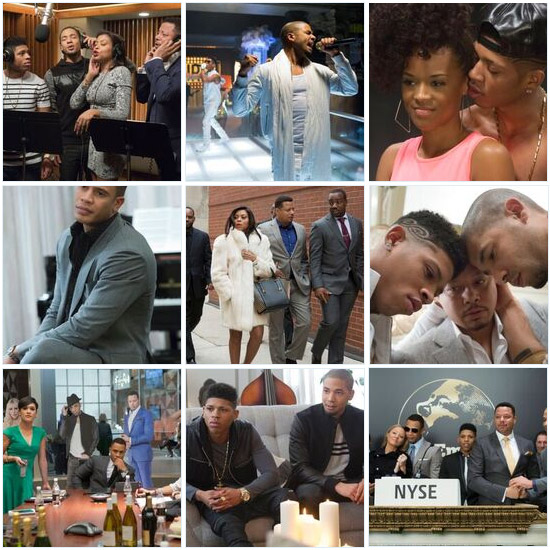 Complete Uncut Musical Performances:
Good Enough
No Apologies
Tell The Truth
Keep It Movin
Drip Drop (Dirty)
I Wanna Love You
You're So Beautiful
You're So Beautiful (Ensemble Version)
Nothing To Lose
For My God
Whatever Makes You Happy
Music Videos:
What Is Love
Power Of The Empire
Come Away With Me Video
Featurette: Empire: It's in the Music
Featurette: The Empire of Style

See where it all began, Empire Season 1 on DVD from 9 September.

Empire is a new and refreshing style of series.  A modern take on a gangster built music dynasty, this series takes you behind the scenes of the glamourous yet deadly serious music empire and the stuggle for power.

Built on lies, Lucious Lyon believes of he is dying of ALS and must choose one of this three sons to take over the Lyon Music Dynasty and will stop at nothing to push his sons Andre, Jamal & Hakeem to the limit.  But the release of his ex-wife Cookie cause some complications as she also wants to reclaim her rightful place in the company and the boys lives.

An outstanding believable cast, (cookie I love you), every episode will have you on begging for more.  Empire also features a massive line up fo guest appearance for music A Listers.  But the Empire cast can definitely hold their own when it comes to their chart-topping music performances, I can't get enough.  Empire Series has it all!